The guest room/bathroom was our last ‘room’ to be completed, unfortunately so, since we had a fair number of guests before it was even remotely occupational and now due to 2020’s travel issues we’ve had none 🙈🤪

Here you see it in some of its former grandeur…

Once a layout was decided on, the wall building and drywalling etc. began.

I wanted to make use of the space that was available behind the door, (the far right photo above) so a closet would be installed, new handles put on it from Amazon and then it was filled with bedding/home items, so our storage room could be used for more tool-y bits etc.

Due to a mishap from the store, we had one box of flooring that didn’t match the rest, so Mike did some super fancy puzzling and STILL managed to complete the floor without it, since he already had the glue on the floor and the store was over an hour away.
He literally used EVERY piece of flooring we had and I’m still not sure how he did it 😂
He said he’d never had so few scraps 🙈 I ordered peel and stick tiles from Amazon for accent flooring in the bathroom area… we really went for that ‘use all the leftovers’ and ‘peel and stick stuff’ in the basement 😅 Honestly though, I’ve been super happy with how the peel and stick tiles have looked and held up 🙌🏻

Here it is ‘finished’ but yet, far from it 🤪

And now, as it currently stands… 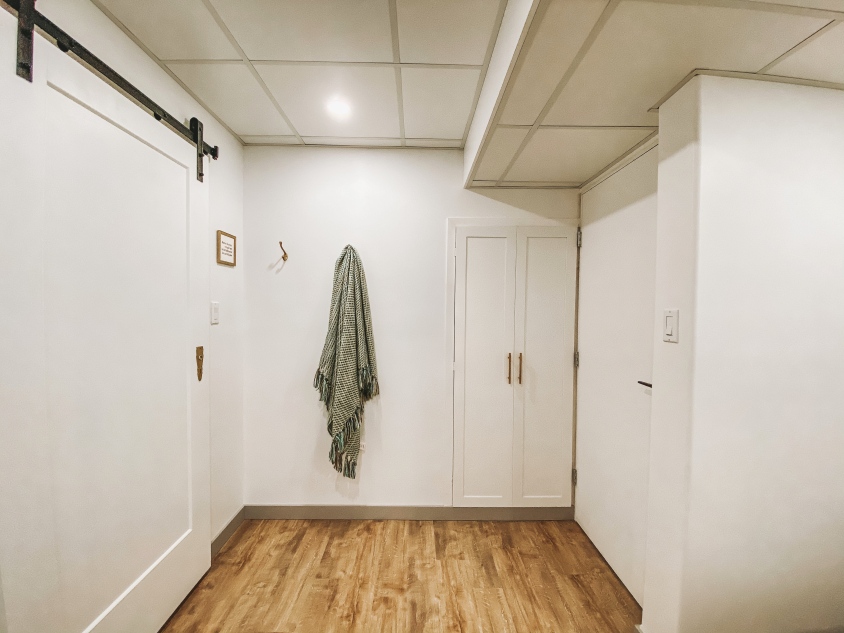 The vanity in the bathroom is from Ikea. 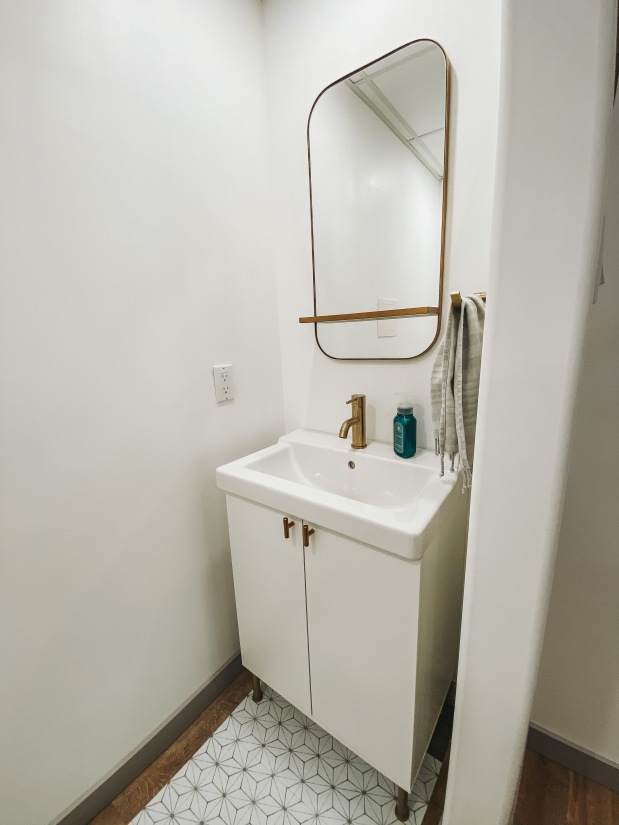 It was $70.00 or so dollars, came with the vanity top and I was happily surprised with how much room it actually has inside!
The legs were spray painted gold and the brushed gold faucet, towel holder and toilet paper holder were purchased months earlier, on sale from Home Depot. The mirror in the bathroom is from Winners. 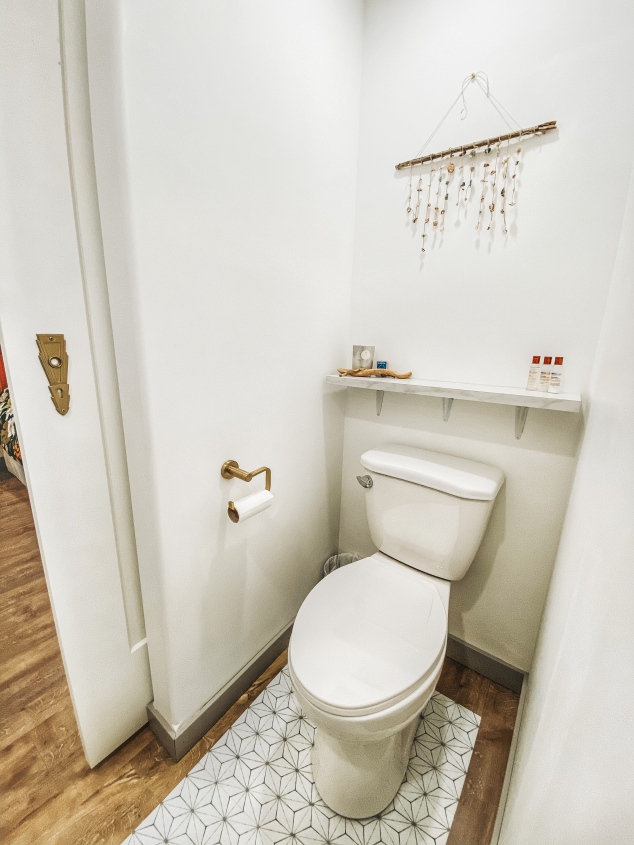 A sliding door was installed for the bathroom.
Mike found the roller part of it on sale so that’s why we decided to go that route, though it makes sense to use that style, so that the floor space doesn’t have to be clear for a door to swing open. 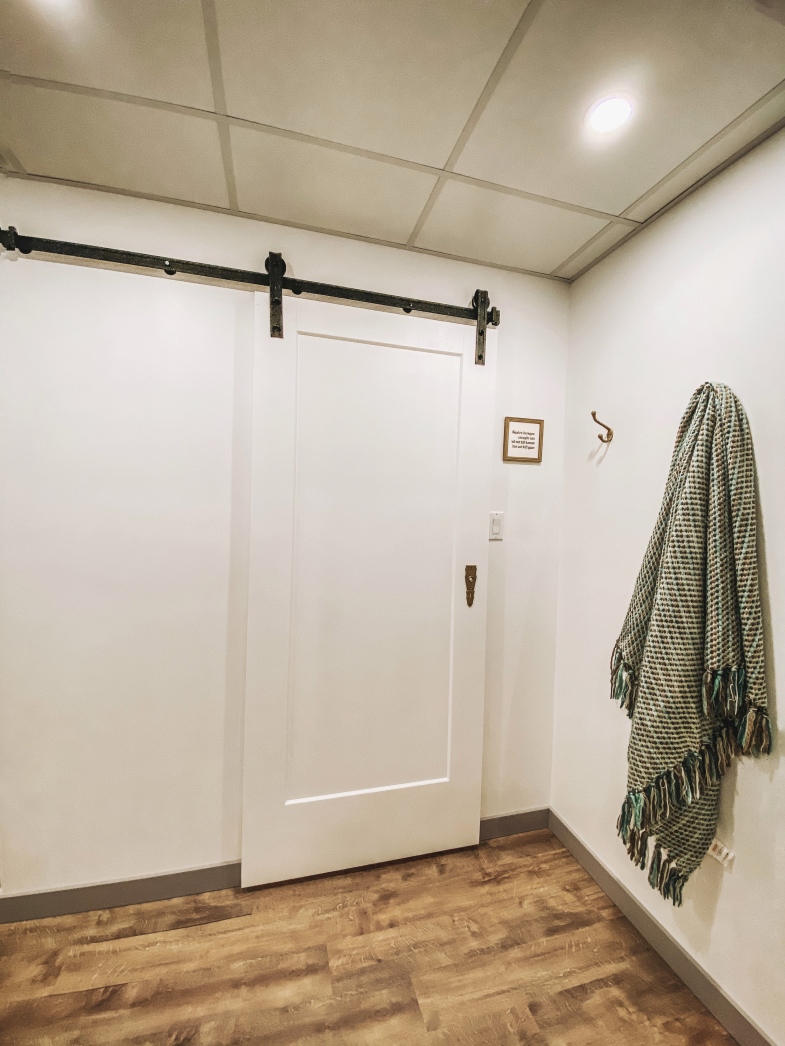 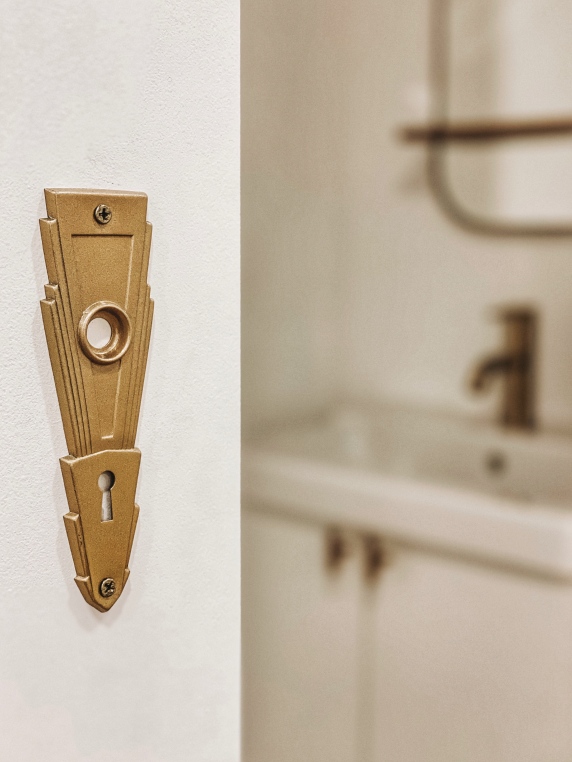 We had these Art Deco style door plates from one of our many projects/finds/I don’t exactly know where but they worked as little finger pulls on the door, while adding much visual pleasure 💗 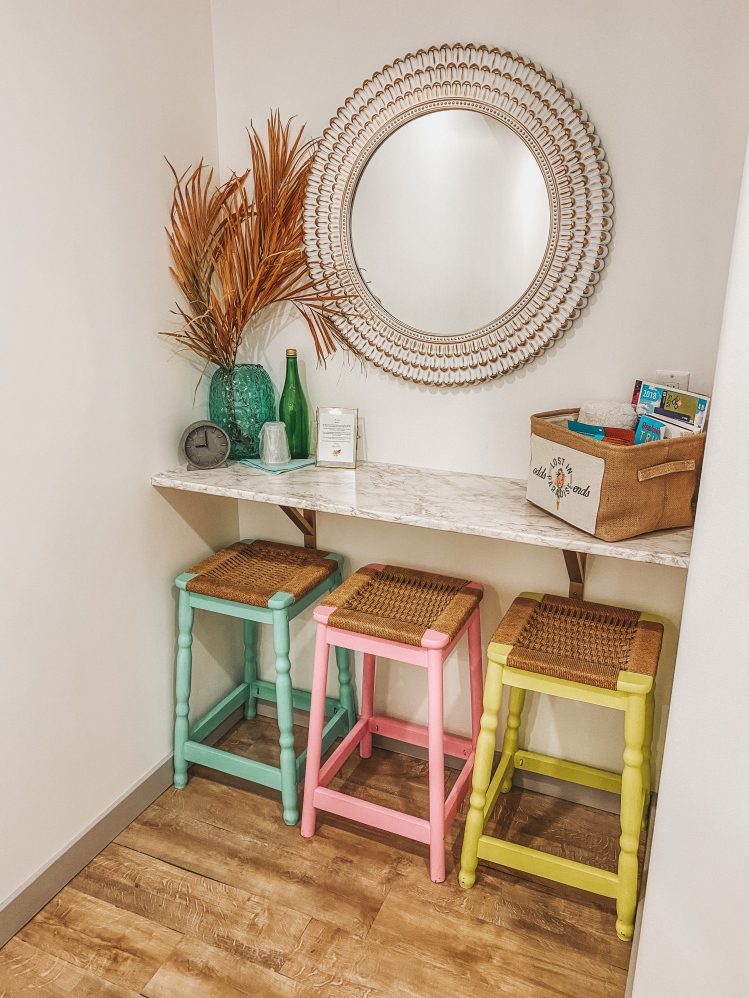 A shelf was installed in this open nook area to give some more space to place things upon/add some character to the room.
We covered it using marble drawer liner, so it would match the nightstands and brackets from Ikea were sprayed gold and installed as a decorative aspect.
The mirror is once again from Winners 😏
The blue vase is actually one we bought when living in Holland and the dried leaves are from the palm plant I killed 😜 Our extra bar stools fit beneath it perfectly, so that worked out wonderfully, storage wise👌🏻 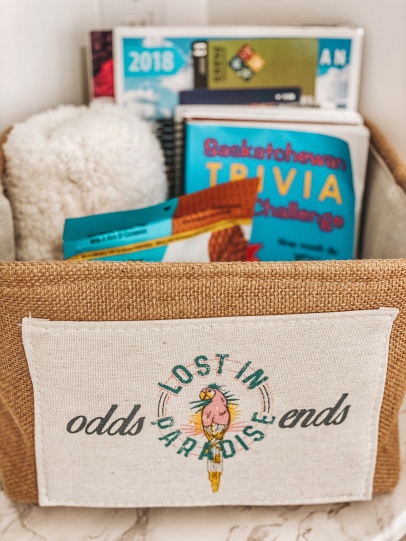 I find a lot of simple pleasure in making up the ‘welcome basket’ and putting little oft forgotten necessities in the bathroom. Probably more pleasure in that preparation than the actual action of having guests 😂

The duvet cover is from Amazon and though there is something about it I’m not 100% sold on, it couldn’t be returned due to having been washed, so for now it will be kept ☺️
I love the colors in it and the idea of the tropical design but as I said… there just seems to be something that’s a little ‘off’ 🧐
Adding the headboard and getting rid of the pink rug helped a lot though. 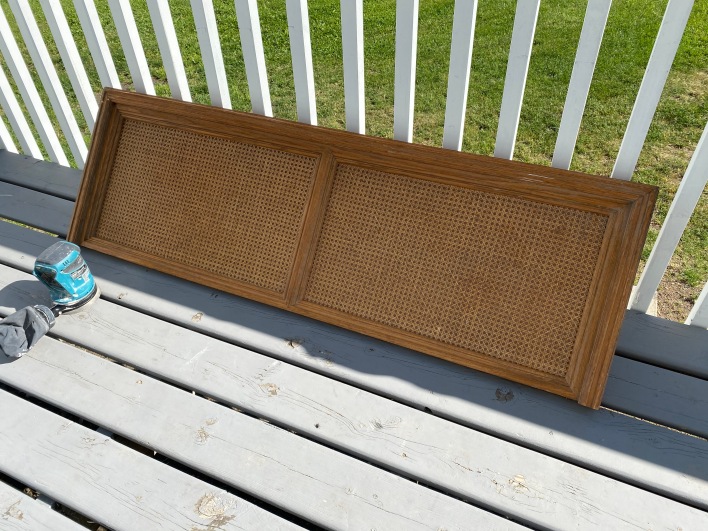 The headboard was a $5.00 find at our local ‘Habitat For Humanity’ and after a light sanding, vacuuming and washing, Mike attached it to the wall and I’m super happy with it 😁 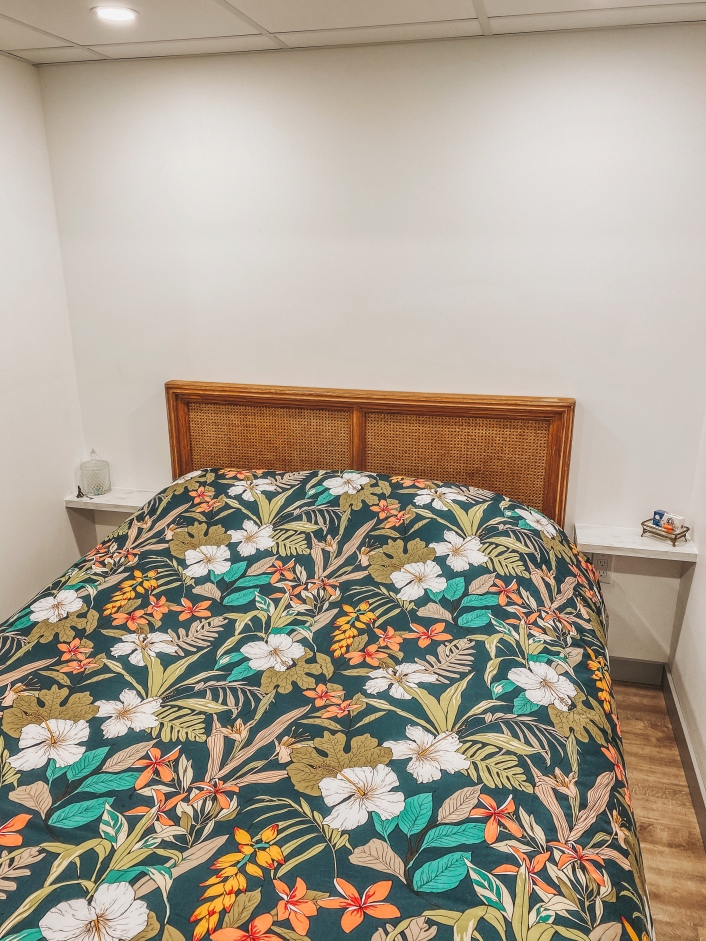 The little ‘nightstands’ were made using small leftover pieces of countertop from the Mac House Makeover! 😁
We also made sure to put power outlets on each side of the bed for easy device charging 🙌🏻

Walls/ceiling were also insulated where possible, since the room is below the kitchen and beside the laundry room, two decently high traffic areas that could hinder ones guests restful mornings 🤓

I still want to add a few finishing touches here and there, art above the bed for example. I just don’t know when I will get around to such things, so I decided it was high time to share this, the last real ‘made over’ space in our home ☺️

2 thoughts on “Be Our Guest”