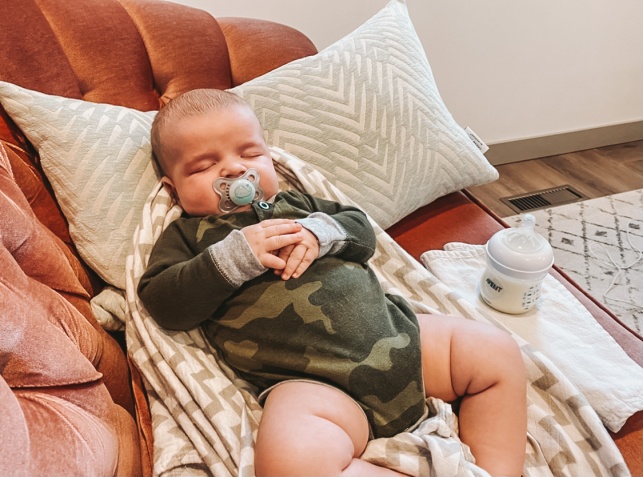 During the first days of that first week home, evenings were weird.
I realized I was probably overtired and dealing with a lot of hormonal things going on but for some reason, during the day I’d feel pretty good and ‘with it’ and then as soon as it started to get dark outside, the feelings got heavy.
It felt sad and lonely and scary inside the house…probably outside too but I didn’t find that out 🤪
It didn’t feel like there was any place for good feelings.
Not as in baby blues or a dislike of Lake or myself, just ALLLL the emotions of the day and the thoughts of facing the upcoming night, (though he was sleeping pretty decently) felt like a weight falling on me with the setting of the sun.
I felt like I couldn’t get enough light in the house and the realness of having a little life to care for became really, real.
The tears came nearly nightly for 3-4 four nights.

The patience with the husband was nearly non existent 😬

I found out I had burst blood vessels in both my eyes (most likely due to pushing) after my sister seen and told me.
I showed my mom and you’d think she would never have been able to be in the room with me WHILE I gave birth, by her repulsed reaction 😂

I’m bottle feeding Lake, so you can fill in the blanks as to why cabbage leaves and ibuprofen had to be purchased 4 days in 🤪
That was … different. Gravity didn’t exist and I don’t ever need/want to pay for the effects that were imitated… if you catch my drift 😂 If you don’t, too bad because I’m not going to explain 🙈

One nice-ish thing about being pregnant, was that I didn’t have more than one zit, for 9 months 😳
But that came back in a smattering of little pimples and an extremely, desert dry face 😬

Clinical strength deodorant had to be purchased to deal with a change of those hormones and extra strength meds were bought to combat the daily headaches, which began a couple weeks in and then lasted 5 weeks or so.

The doctor said the headaches were most likely caused from holding Lake so much and the way it twists your neck/shoulders, especially if you are prone to using one arm more than the other, which I am. His recommendations for relief were time, hydration and stretching.

I had some MAJOR baby brain.
If thinking coherent thoughts were represented by bouncy balls in baskets, all my baskets were thrown in the air and the bouncy balls were ricocheting off every single surface, not to be caught 🤪

I was forgetting stuff and also having trouble formulating thoughts and making decisions on new things, without feeling like the bouncy ball thoughts were also going to start exploding, along with their unstoppable bouncing 🙈

It has mostly revised itself… I think 🤓

A couple days post birthing him, my muscles began to feel very strained when I’d move around…my arms and neck having that same lingering feeling as your leg has after a bad Charlie horse.
That lasted a few days but the sore upper abdominal muscles/ribs when using them in specific movements, lingered for a good 9 weeks.

Haven’t had enough information yet?

During the following days of being home, the stretch marks on my stomach were a bit itchy but I tried to ignore it best I could.
Come Thursday the 22nd, I gave them a good, hard, relieving, amazing feeling scratch… and so it began. A rash then began to appear on my stomach and I figured it was just due to the extensive scratching.
During the day it progressively worsened and spread to my limbs and hands and come end of day, my face, ears, legs and feet, including the bottoms of my feet, were all rash ridden.

The itching was insane. I was able to call my doctor and get some cream for the husband to bring home and I applied that liberally and tried not to scratch.
The next day it was even worse. The desire to shred my skin off has never been so strong and writing about it, is almost making me get itchy again 😅
The sister mixed up some essential oils she’d read to try online and brought them over in the morning and then I went over to her house that afternoon to try an oatmeal bath. It eased it minimally while IN the bath but the gentle pat dry with a towel afterword, pretty much reawakened whatever it had calmed.

And it just got worse.

Come evening, I was standing trying to get up the courage to apply the cream, clenching my fists and teeth so hard I was quivering and near tears due to the current itch strength and the thought of having to touch my skin and make the itch even worse.

Via ‘the google’, it seemed like PUPPPs but that’s typically something gotten before the babe is born. 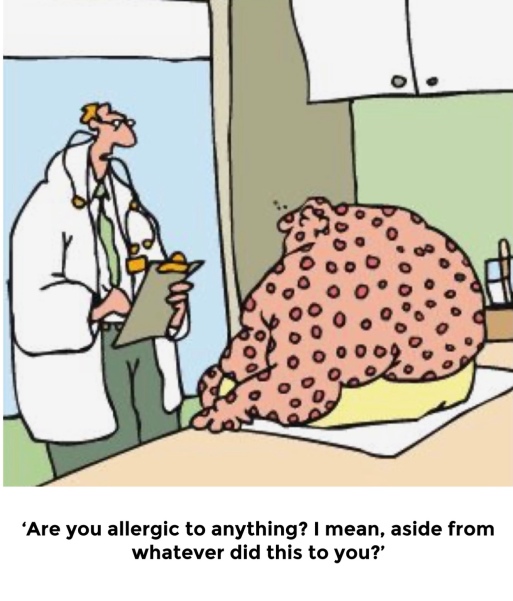 Come Saturday I went into the walk-in clinic and got some stronger meds.
The doctor said it seemed like a reaction to something and asked if I’d changed anything at home but Lake was the only thing I could think of 🤪 He then asked if I had a husband home to help, because the night time meds would knock me out and the day time ones could almost make me feel squirrelly 🥴🤪

Whatever they were… they worked 🙌🏻

Praise. The. Lord.
Seriously. I don’t know how to explain the itch properly or how a person would handle it DURING pregnancy when you’d have all the discomforts of pregnancy to add to it 😳😖😰
The meds took care of it within a couple of days and after that, any other post Lake body happenings, seemed pretty bearable 😅

I do believe that pretty much covers the most apparent and perhaps slightly unexpected, side effects I experienced after having had a baby.  Though most of these occurrences are ones I didn’t read or hear about before hand, when I was looking up what to expect after having a baby.

So I hope you found this enlightening, insightful or at least entertaining at my expense 🤪

If you had any unexpected side effects of having a baby and are willing to divulge, I’d love to hear about them! 🤪

I do believe I’m now out of the immediate danger zone for experiencing anymore overly weird bodily things in relation to this, so in ending the topic, I now leave you with this, the sincerest of wishes…

6 thoughts on “A ‘Rash-ional’ Recollection Of Post Babe Peculiarities”