If you’d ever have suggested that would be me… I’d never ever, EVER have believed you 😂

Lake slept good and I did too thanks to the medicated assist 🤪👍🏻 (Mike nearly always sleeps good. Just letting you know this fact so it doesn’t seem like I don’t care about his sleep quality 😉.)

It was still a 6:30 am wake up from him though and unfortunately we couldn’t find any restaurants that were open that early and if we waited until they were, it would be passed the  ‘first nap’ 😅

So instead, we hung out in the hotel room and filled the jacuzzi for Lake to enjoy for a bit and ordered breakfast in from the hotel restaurant.

Breakfast (though not presented prettily due to it having to be eating in our room 🤪) was good!
It was a BBQ breakfast bowl and I’ve begun to really love breakfast bowls.

I like things drenched in sauce, if a sauce is available and I prefer savoury to sweet.
So the idea of potatoes wedges, meat, eggs and veggies, topped with sauce as a way to begin the day, is an appealing one 😉👌🏻

It was a beautiful day, so once Lake awoke, we headed outside to enjoy it ☺️ 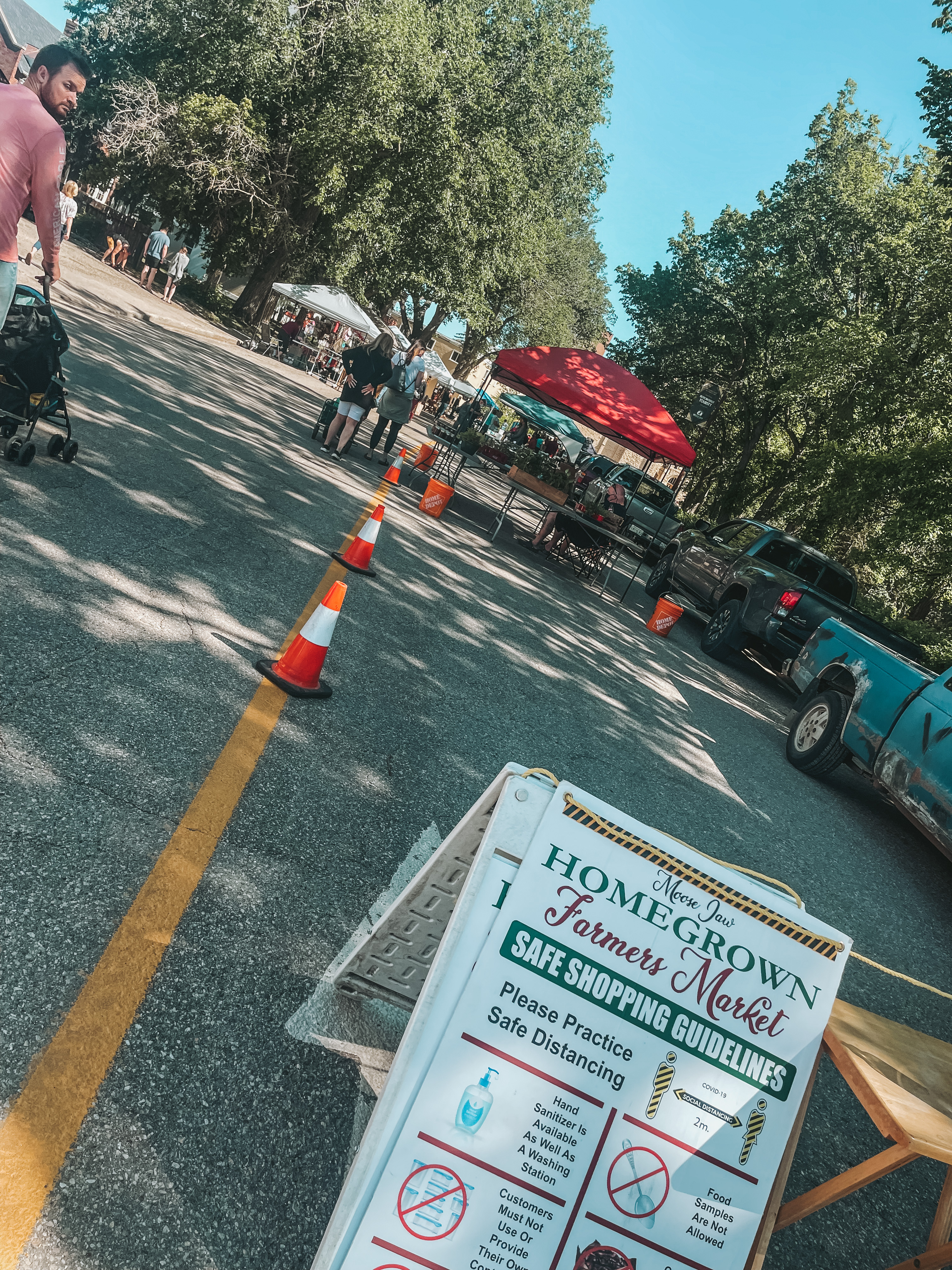 We walked through the farmers market and then found ourselves at Wildflowers Bistro & Boutique.

It was an eclectic little place to explore while waiting for our pecan sticky bun and caramel macchiato, which we then took to enjoy in the nearby park.

We sat on a bench and dug out the paper bags contents.

The Wandering Market was visited next, as I had read they had pottery mugs available.
There were a few but not quite what I was looking for, so we went back out to explore. Many murals were spotted along our way, which I found to be a charming characteristic 😉

Popping in and out of gift shops and home decor stores, enjoying the sunshine in between each.

My ever patient shopping companions  😉

We stopped in at Taste Patisserie by Katrina, as we always try to hit some sort of bakery on our trips. 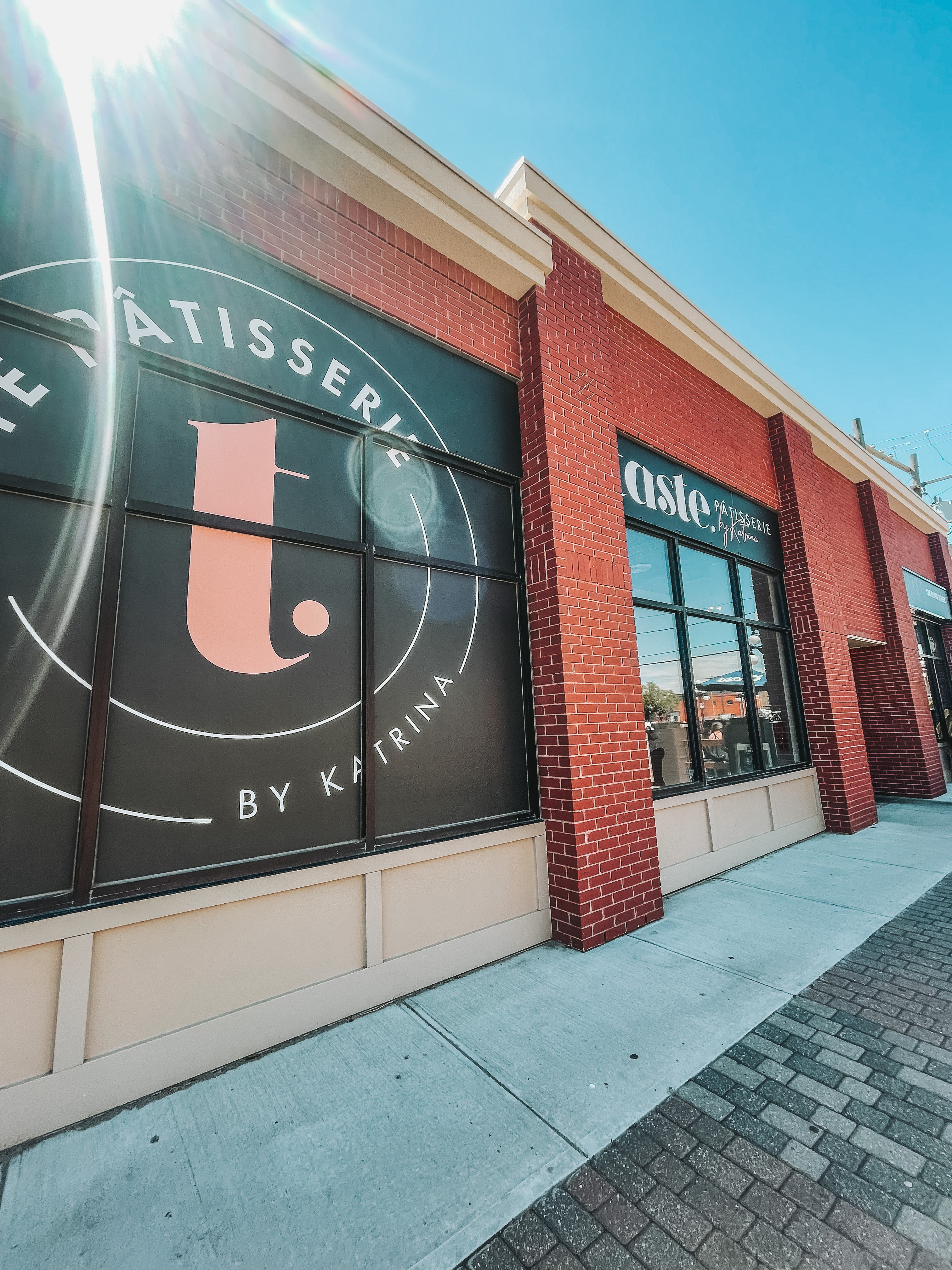 It smelt delicious upon entering and the clean, simplistic elegance was noted and appreciated😉 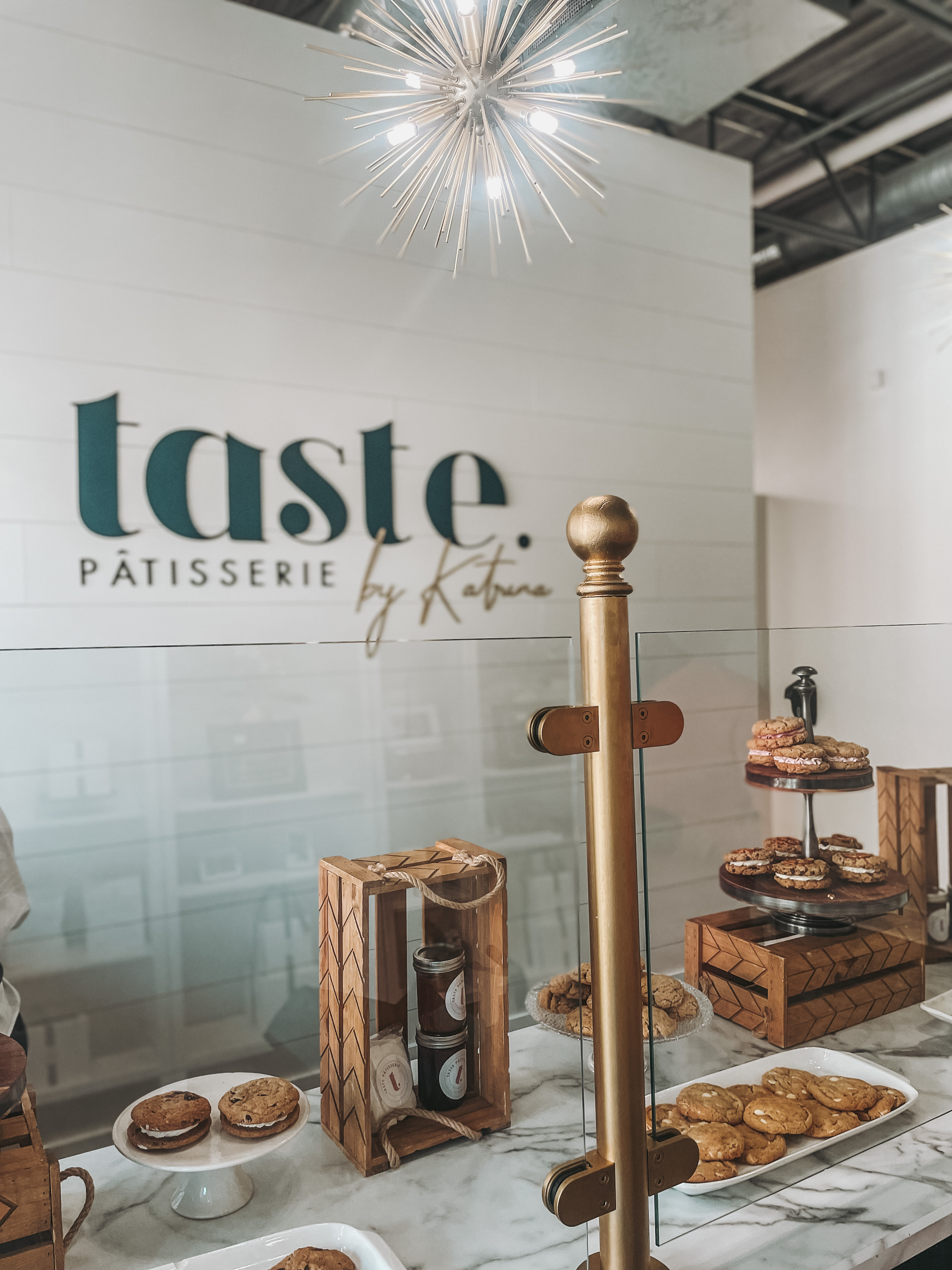 What wasn’t my favourite was that none of the goods displayed had either names/descriptions or prices.
I hate having to ask prices of things 🥴
There were two sandwich cookies to choose from, s’more or white chocolate and lemon.
I should have went for the second flavour but they were decent sized cookies and I figured my husband would share with me and he’s not huge on lemon flavours.
So, s’more it was 🤪
It was a mistake in the fact that he didn’t even really feel like cookie so didn’t want more than a bite and I don’t LOVE chocolate 🙈 But I could still appreciate the fact that it was a VERY good cookie sandwich, the texture being very pleasing 😉

So we walked back to the hotel and all partook in the nap time… an aspect of travelling with a child, that you will not find me arguing about 😴

We decided to go explore via vehicle for a little while, grabbing a Starbucks (as the room only had a Keurig machine, so I couldn’t make use of the coffee grounds I brought 😩) on the way to observing homes and architecture.

Then pausing that exploration, we stopped to try to get some photos.

As mom is always the one behind the camera capturing cute little father/son moments, she was feeling a little left out 🙈 …and I loved all of our outfits and wanted them documented 🤪 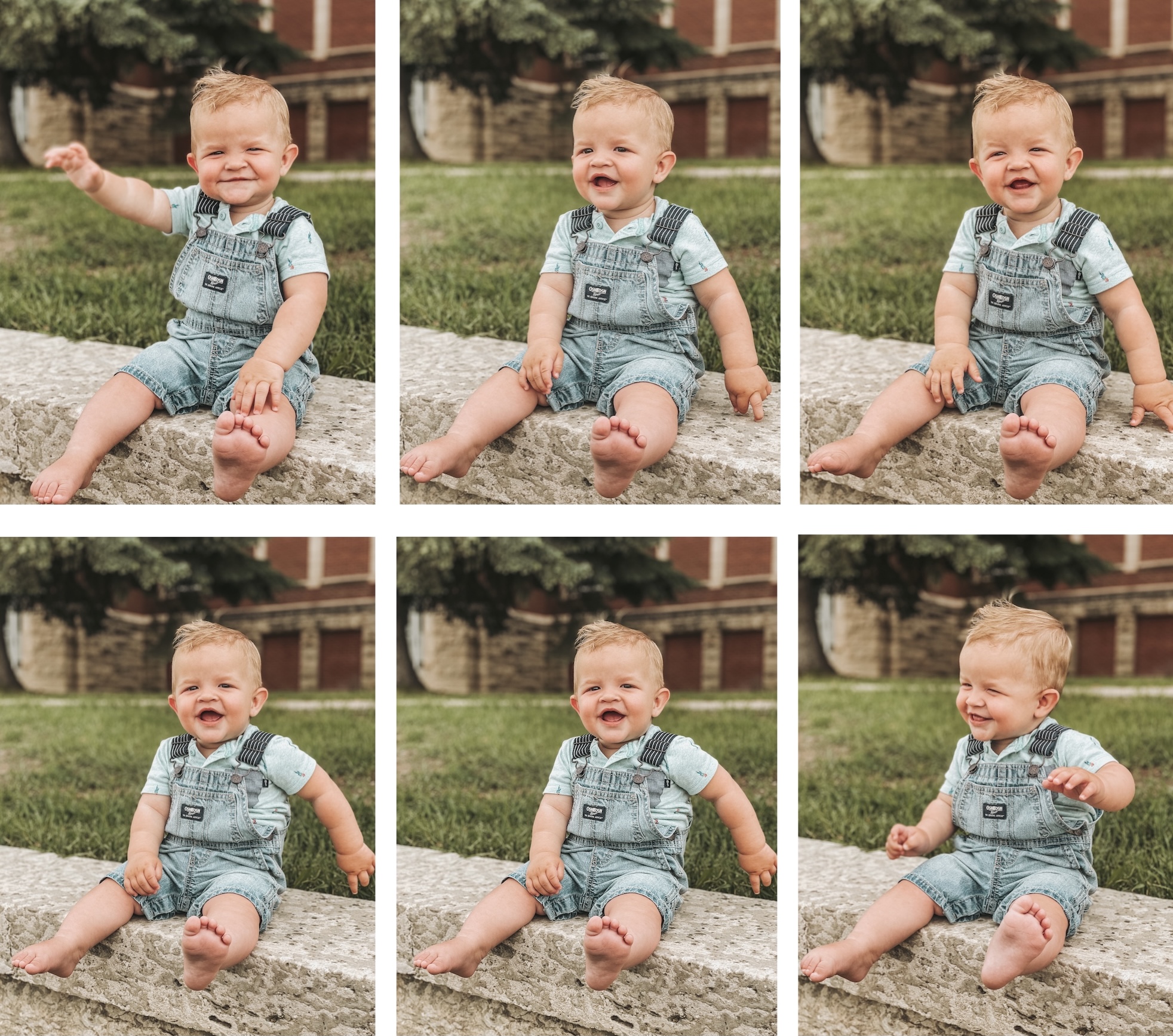 Believe it or not… this is the narrowed down version. My apologies 🤪 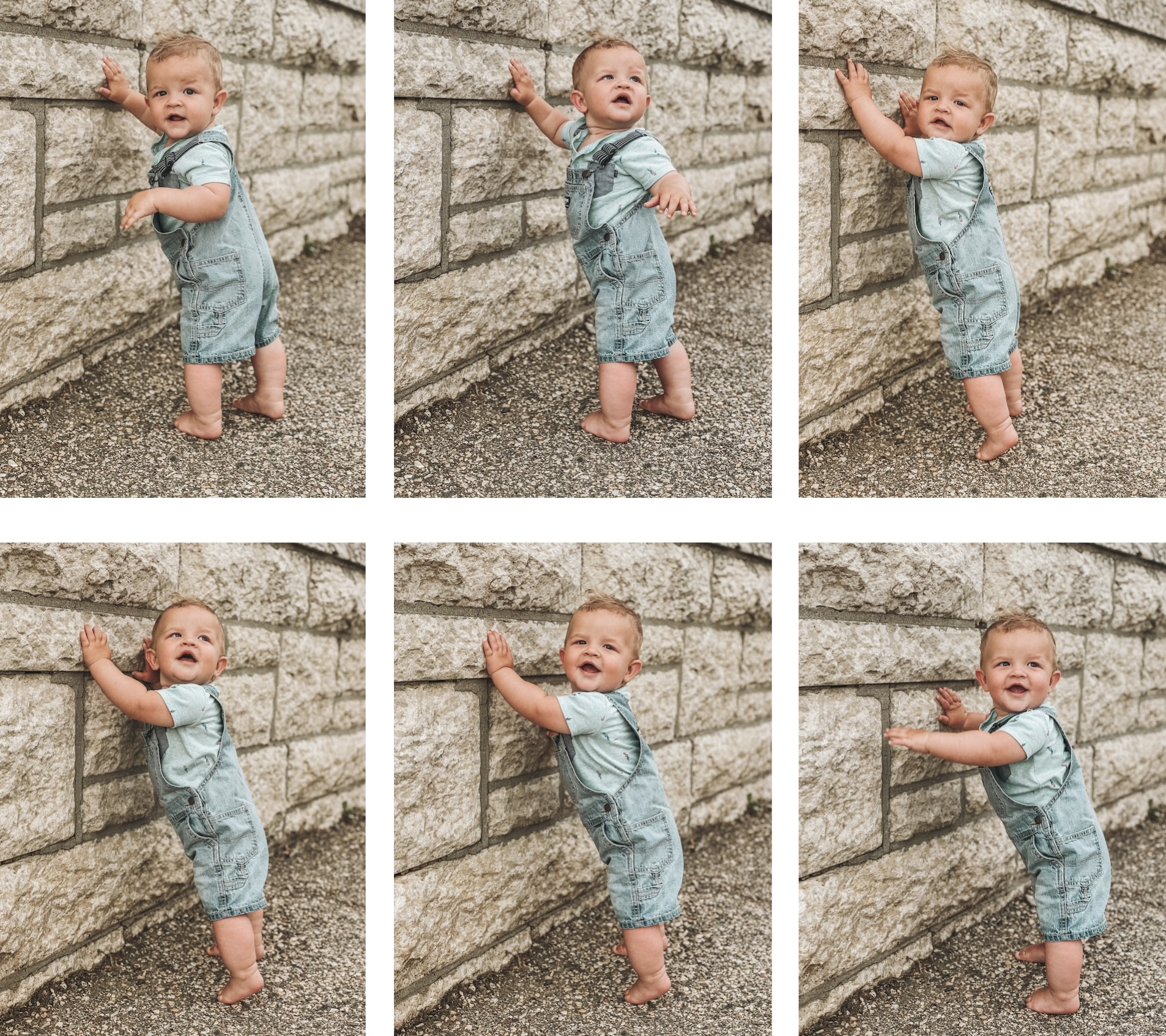 We decided to eat at The Mad Greek again, since we don’t have greek food available anywhere by us, we figured we ought to make use of it while it was there 👌🏻 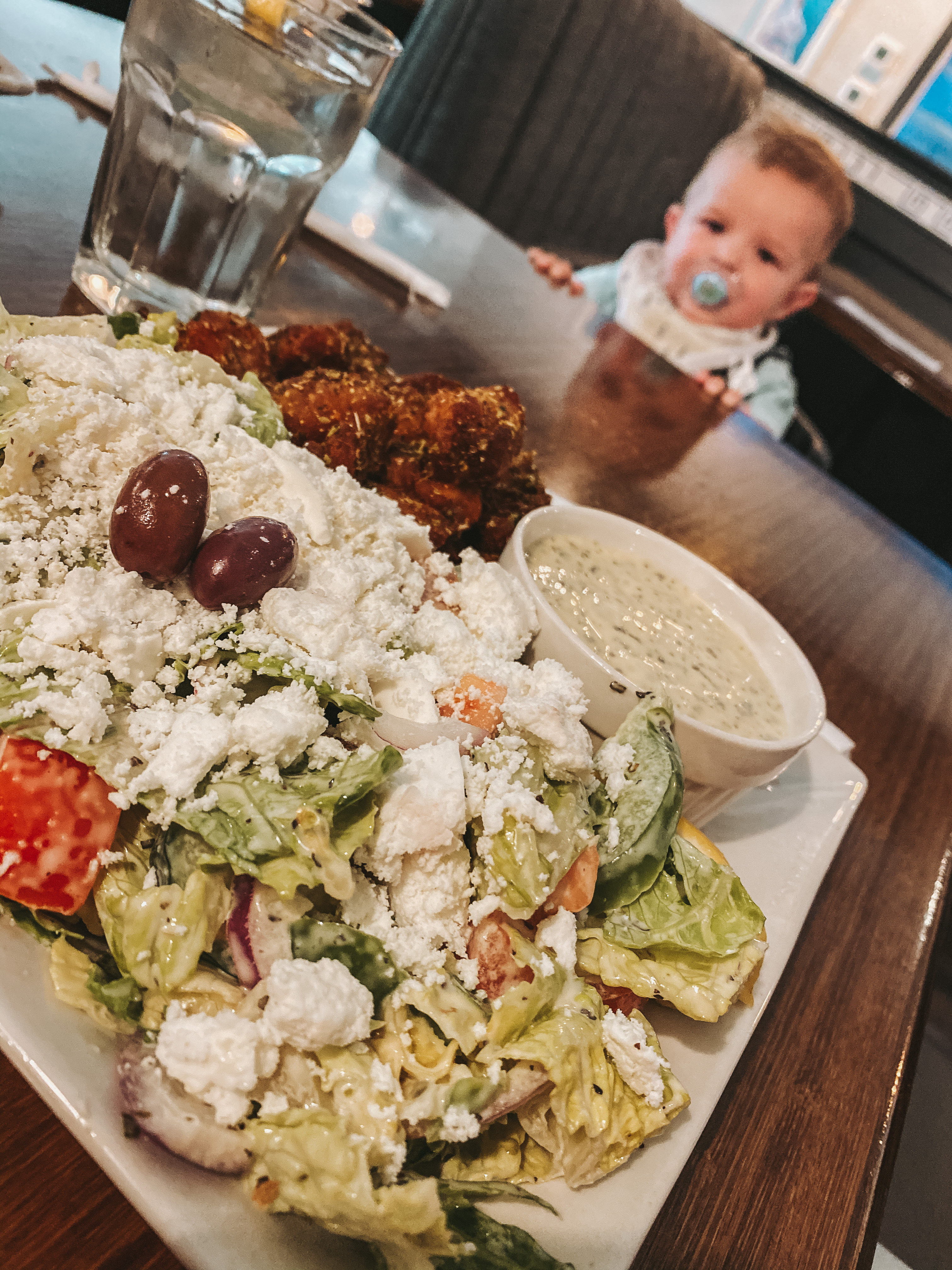 Mike got the boneless dry ribs and Greek salad and I got the feta fries so we could sort of share the two.

It should have been called FETA with a couple of fries, as there was a LOT feta 😅
Thankfully it wasn’t as strong as the regular feta and it was easy to move around to equal out the fries and sauce ratio to go with each bite 😉
They were both very good dishes but it got to be a bit of the same flavour, so I’d say that’s where the previous nights platter was nice in offering variety.

The pool was calling our names, so we changed and went up to enjoy them for a while before bedtime, using swimming as a hopeful way to tire out the son 😋 As soon as I stepped into the pool holding him, he tried to lunge out of my arms towards the water 😅 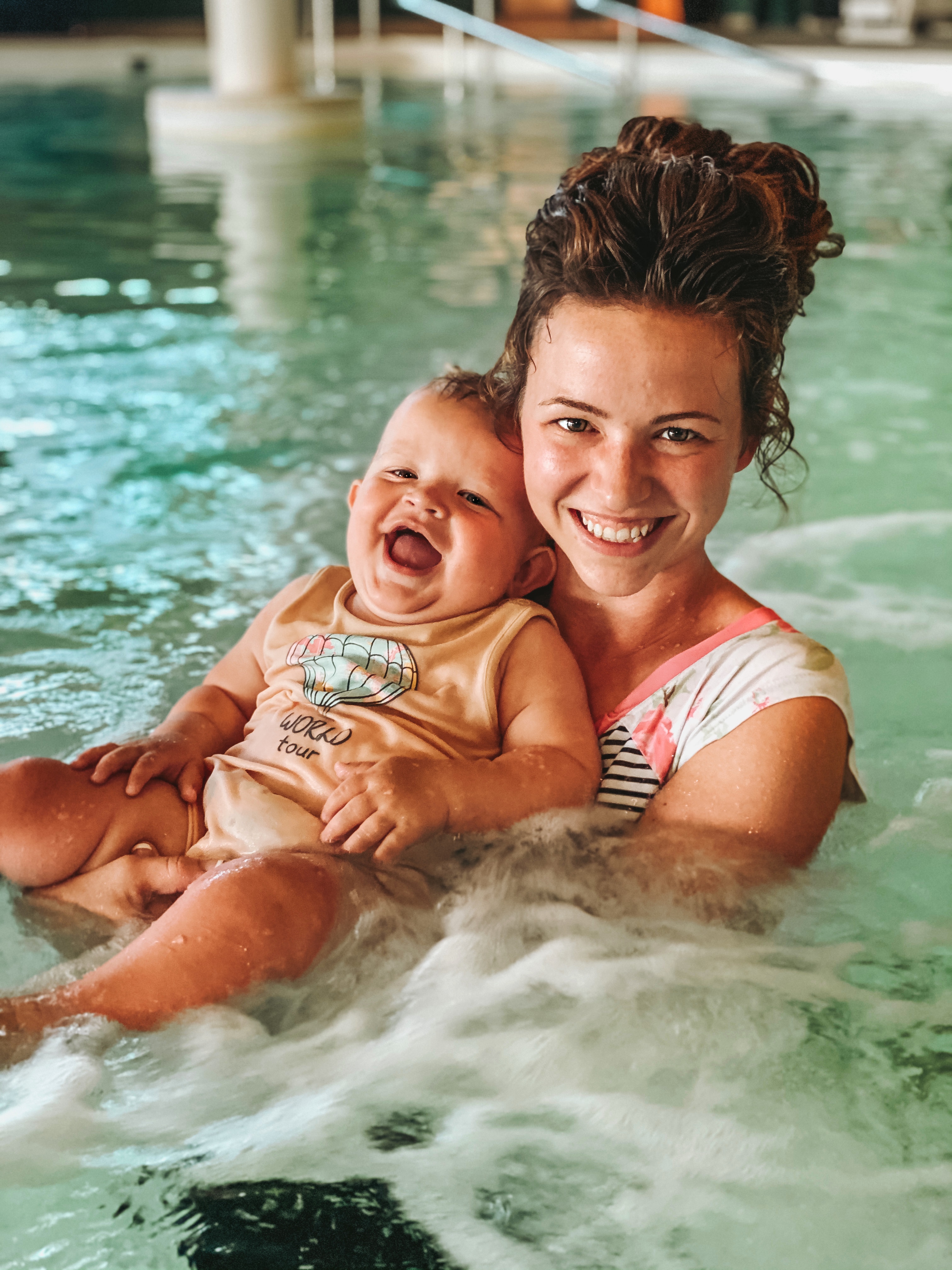 He truly enjoys himself in the water, splashing and playing but also completely relaxing when being held and allowed to simply float.

They have flags hanging above the pool… can you spot the one for The Netherlands? 😉

Lake had begun to show a little bit of a rash that morning and I sent a photo to his Oma to diagnose as it had progressively gotten worse come evening.
Her conclusion – heat rash.
Which made sense with the temperature of the mineral pool and him having his wet swim stuff on so much. It’s very handy having a pharmacist on call to ease mom stress 😉
I’m paranoid that he will have an allergic reaction to something and I won’t know what to do 😅😬

He wasn’t overly content in his bed so he eventually ended up in ours for the night.

Well, reading this now, I see my life and what it was reduced to during this getaway – mineral soaks, naps and eating at the same restaurant more than once… how old did I turn anyways ?!?! 😂

Decrepit –
de·crep·it
/dəˈkrepət/
adjective  (of a person) elderly and infirm.
feeble,  infirm, weakly, wasted, doddering, out of shape, in bad shape, aged, ancient,
long in the tooth, senile, past it, over the hill, no spring chicken
worn out or ruined because of age or neglect.
“centuries-old buildings, now decrepit and black with soot”

5 thoughts on “A Delightful Descent Into Decrepitness”