Lake awoke crying about 45 minutes after he’d went to bed, so I settled him down and he joined us for the remainder of the night.

So much for bringing his crib sheet from home so his bed felt more familiar 😜 My sleep was restless until around 2, when Lake then awoke, ate a big bottle and didn’t want to go back to sleep 🤪

Mike took him to the play room for a while and then Inge took a turn because she said she was awake anyways. Eventually he began to seem drowsy again, so they tried to lay him down, but that was a no go 😅 So we took him bed once more, where he flip flopped around, watched some Luca, crawled all over us and then finally settled enough to be slowly rocked back to sleep around 5.

We all slept in until 10:30 and could have kept sleeping, but figured if we wanted to attempt to get into the rhythm of the days ahead, we’d better not. It was just us three for  the morning, as John and Inge had left that morning to attend a weekend church camp being held nearby.

We figured we’d see how the night/morning went and go from there if we’d join them at all or not.

Mike made us coffee and sugar bread toast for brunch and by the time we ate, tided, cleaned up the room from the night before and got the diaper bag restocked etc.etc. It was time for Lake’s first nap of the day, which he took easily, in his crib.

We had to wake him up in order to go to the camp, which was around 25 minutes away.

He sat calmly and lazily in his car seat (not something he’s really done for any amount of time before🤪) for more than half of the drive, looking up at the trees through the sunroof. Here they let babies sit front facing from 9 months old, so he’s been enjoying the views I think 😉

We shall see how much he likes being faced back again, once we go home 🥴🙈

We arrived, and the meet and greet began 🤪

It was a lot of family/extended family, so it was nice to be able to see them there for a moment even,  in case we didn’t get a chance later on.
Lake did so well with meeting everyone and being squished and squeezed and  handed around, not playing strange or getting upset at all, so that was relieving 😅
So many remark that, ‘he is so soft?!’… I thought all babies were but it’s seeming like perhaps that isn’t actually the case? 😜

He got to meet both sets of great opa’s and oma’s and sat for a ‘four generations’ photo with his great opa Hagenouw, opa John and daddy 🙂

We went to a cabin the family was renting for the weekend and used that opportunity to change him out of his wet clothes and give him a snack. The rained on grass having been too much of a crawling temptation 🤪

The coffee table was spread with tea and coffee, cake, cookies and sweet treats. The most classic of Dutch spreads 😉 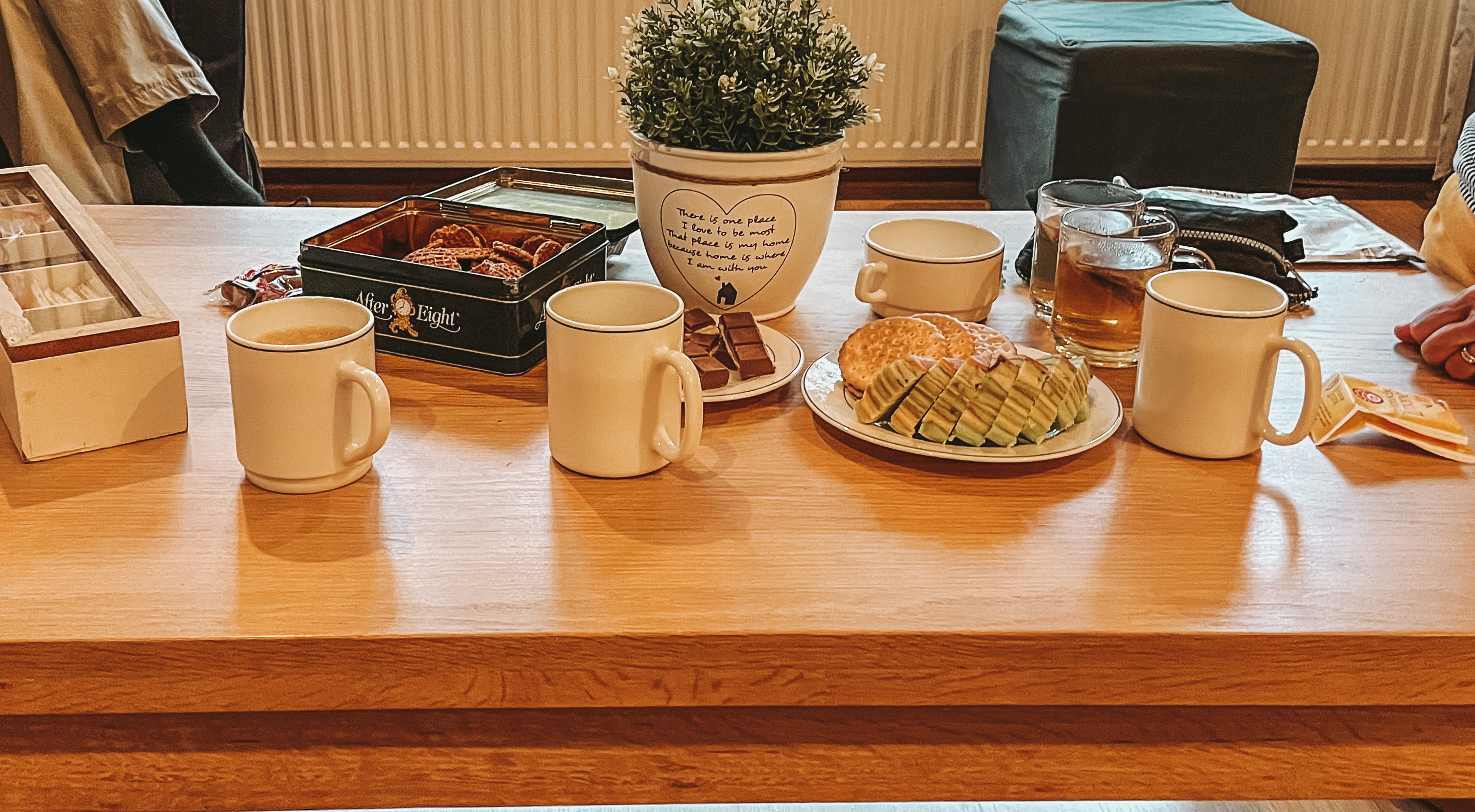 I truly still do not understand how they stay so slight of stature here 😅 Bread in the morning, the afternoon and the in-betweens, as well as some warm drinks and sweets sprinkled in and possibly some cakes/tarts depending on where you are 🤪

We visited there for a while as the rain came down outside and then Lisanne took Lake to the nearby park before the church service began. Mike wanted to stay for the songs at least but midway through, Lake had more than enough so we tried to quietly exit and head back to the house.

Lake fell asleep on my shoulder a few steps out of the church, which I don’t think has ever happened during this first year of his life 😅 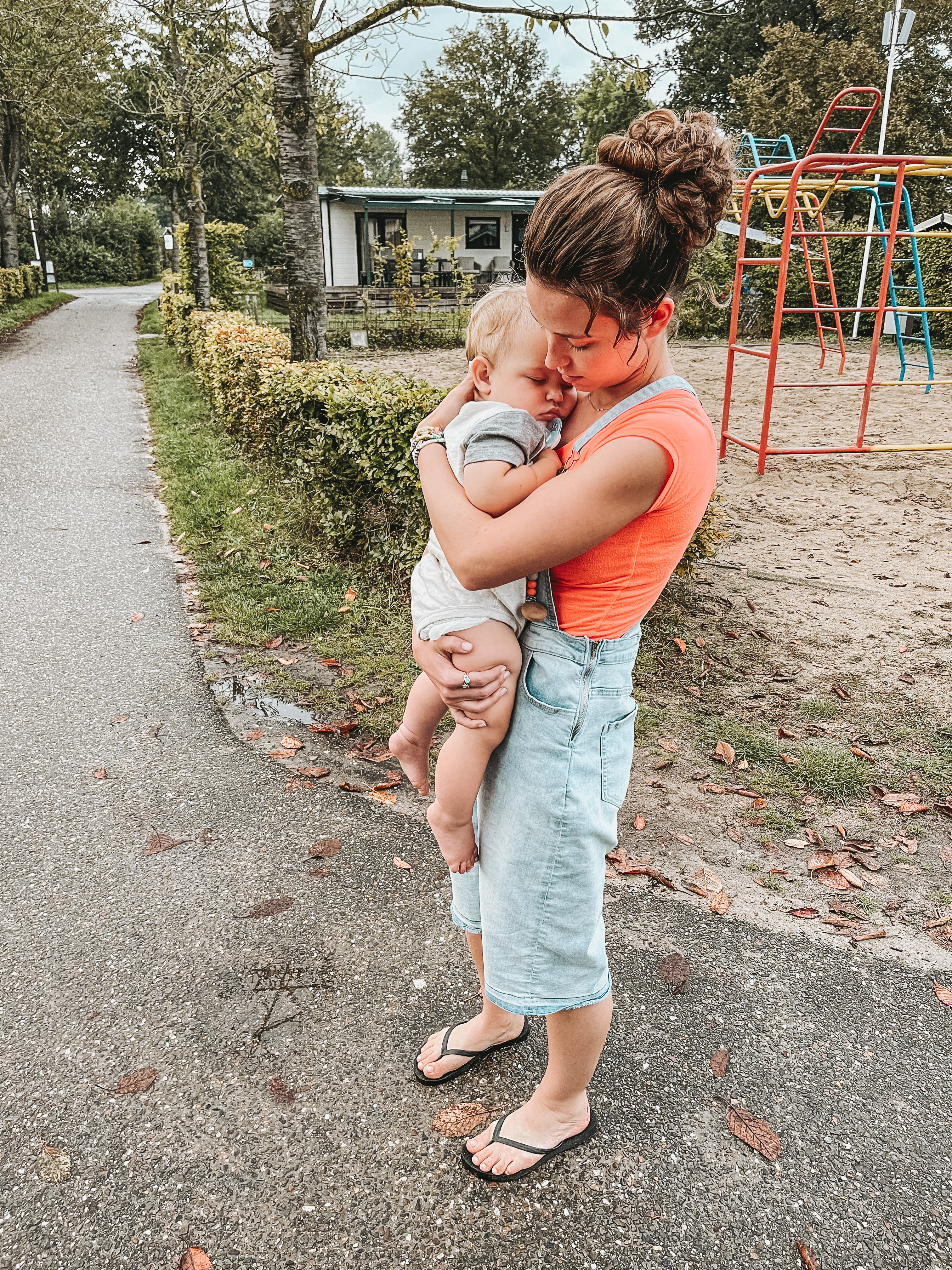 He’s always been too easily distracted to relax enough to sleep out in the open, since he passed 5 months or so.
The poor little guy was very done with the big day, but he did very well despite the lack of naps and all of the new faces 💗

He awoke at 1:30 am and played calmly for a couple of hours before I got him back to sleep for the duration… 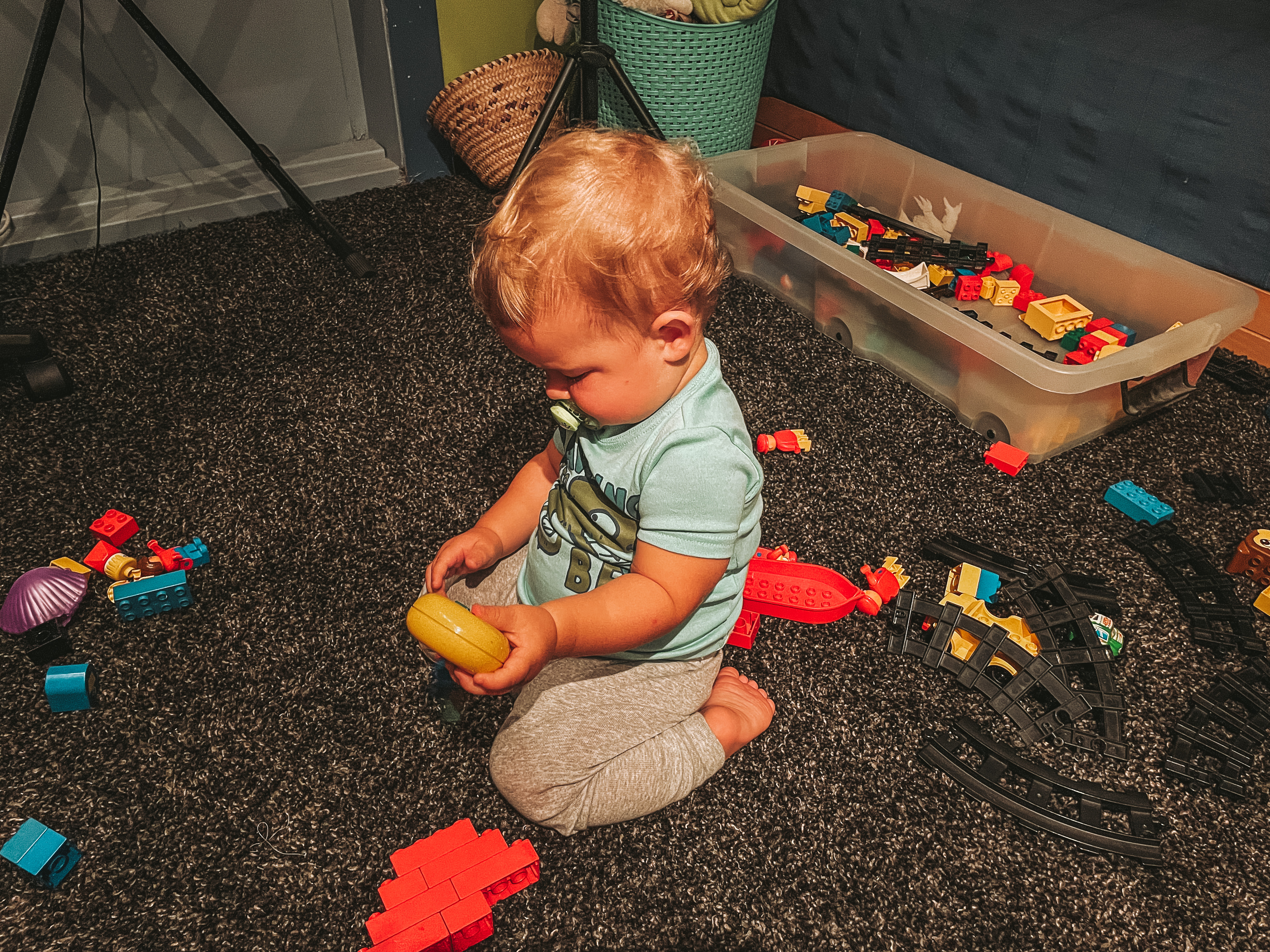 * I ask that you do your best to ignore any spelling mistakes, as on my iPad the set up is different and I can’t find an easy way to do a spelling / grammar check. Thank you for your understanding 🤪

2 thoughts on “Day One Desynchronosis ”