Lake slept through his first night in Holland, minus a bottle delivery somewhere in there.

We messaged the Oma downstairs, to come retrieve him at 8:00 if she would so desire 😉

We wanted him up to try to help the jet-lag become fully extinguished, but we ourselves really did not feel like getting up at that time 🙈

So, Oma and Opa did take him, and a happily decorated downstairs awaited him for the morning of his first birthday 😉 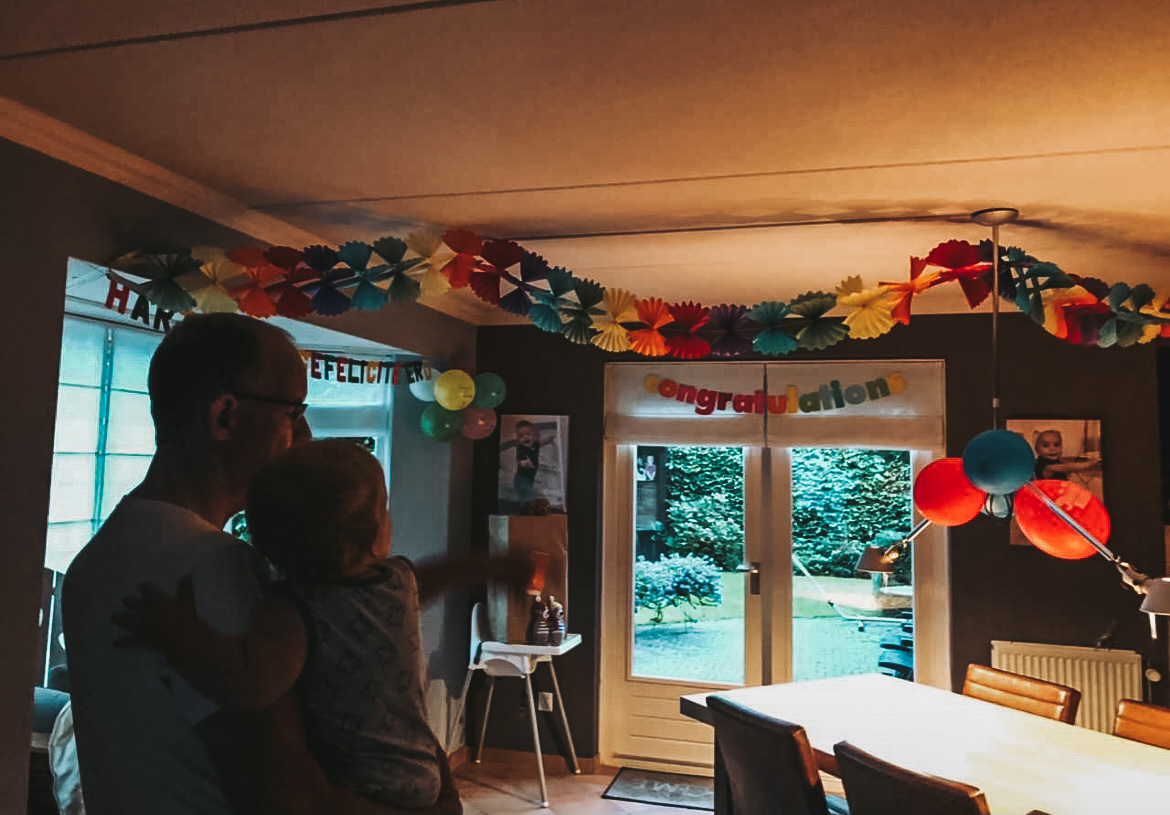 He had a fun morning with them, a ‘special bonding time for just them’ let’s say…the fact that us parents still slept, having nothing to do with it🤪

Come afternoon, Opa had a break to take from work, so it was time for Lake to open his present from them 🎁 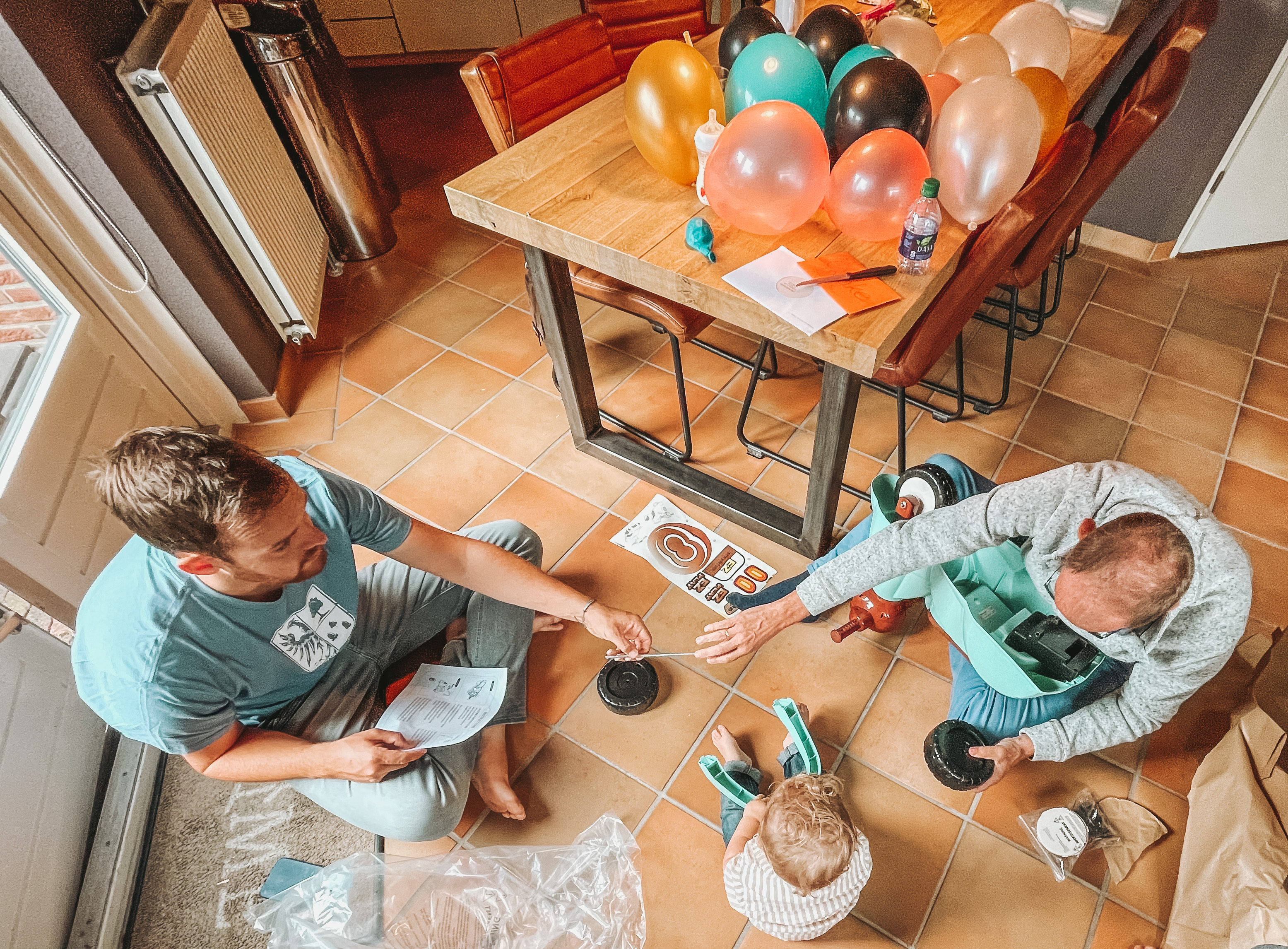 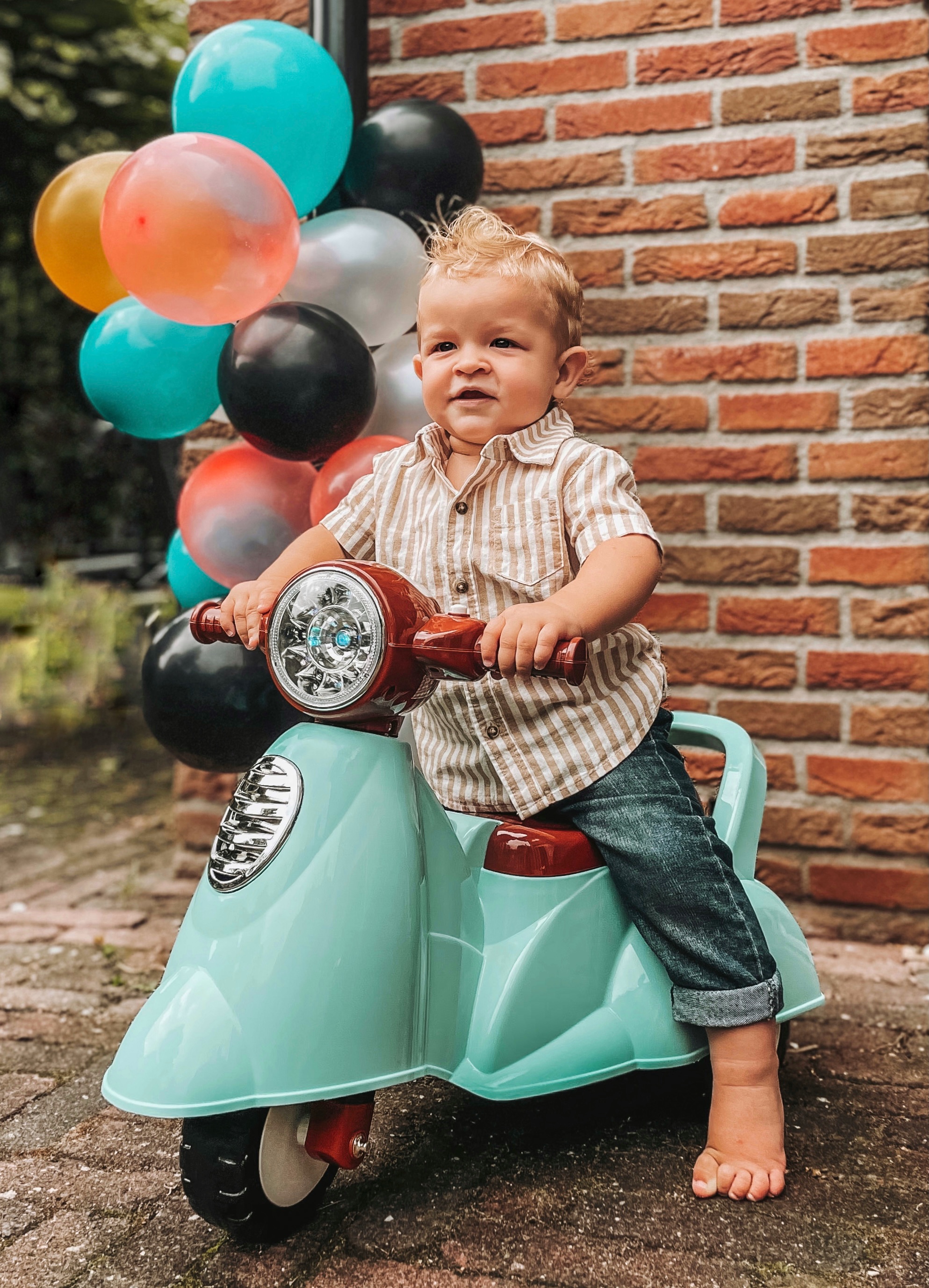 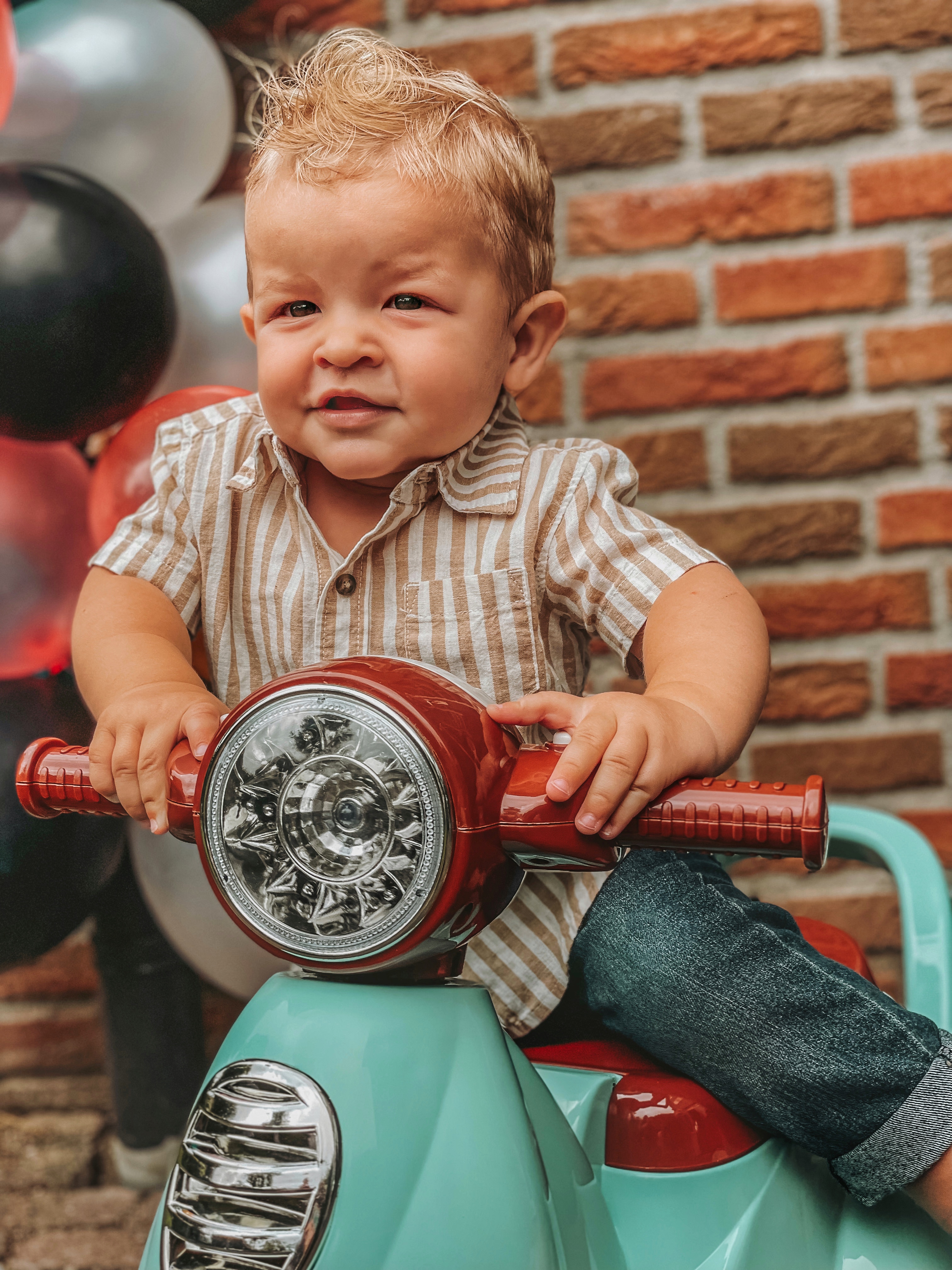 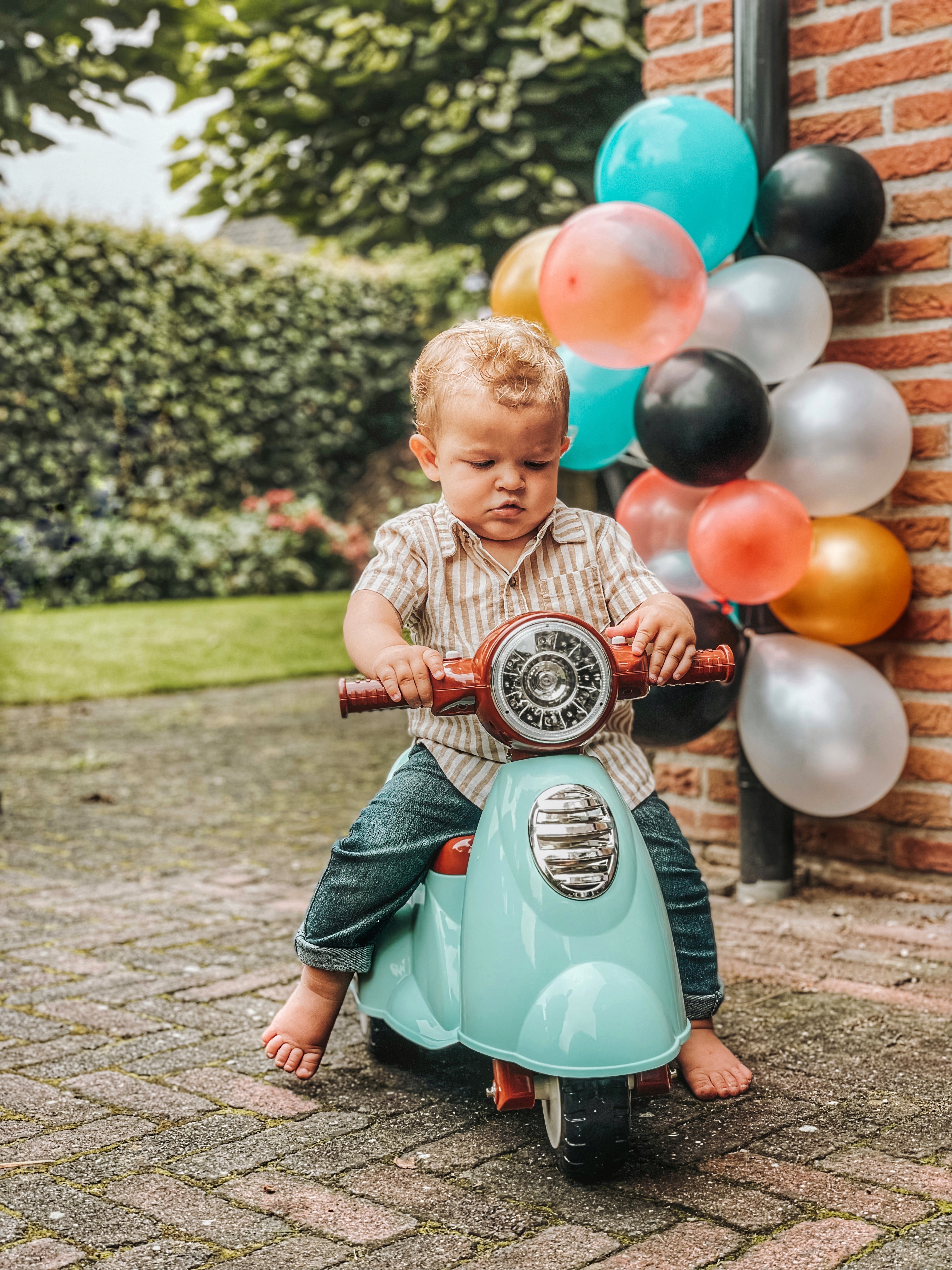 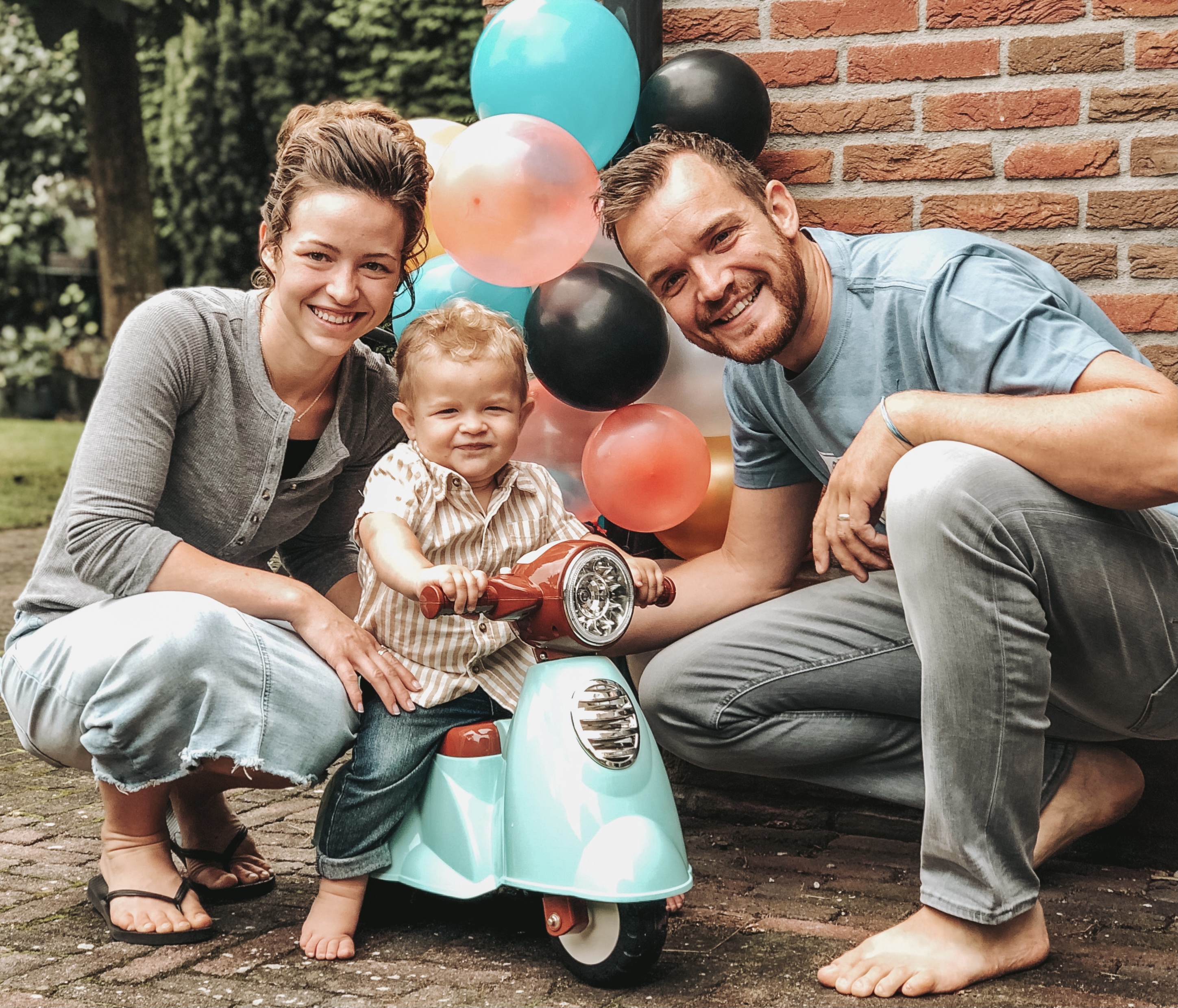 Later in the afternoon the little one wasn’t super pleased with the idea of a nap, so Mike and I took him for a walk, which is almost always a guaranteed way to get him asleep, for at least a little while.

We ended up going almost 5.5 Km, walking through the neighbourhood and to the bridge/‘water lock’ nearer town, reading how they created a way for the fish to swim upstream, despite the river technically being blocked off.

Lock – A lock is a device used for raising and lowering boats, ships and other watercraft between stretches of water of different levels on river and canal waterways.

Journeying on, we walked by ‘the switch’, a second hand store we frequently went to when we lived here, but they’ve since downsized and it was a little bit disappointing 😒

Back at John and Inge’s, it wasn’t long until Opa and Oma De Jong came over for a little afternoon dessert in honour of the day 😊

A cornflake, white chocolate and almond base, topped with whipped cream and strawberries.

A really nice, light and simple dessert that satisfies the sweet tooth without being over filling ☺️👌🏻🍓

Uncle Erwin also popped in for a little while on his way home from work, getting in some soccer training with his nephew – aka, keeping him busy so us other occupiers got a break 🤪👍🏻

It was also the night for broccoli tart. A celebration treat especially for the parents for keeping Lake going for a year I suppose 🤪😅

All in all, I think it’s a good thing in a way that Lake won’t recall this birthday, as it would be a fair bit to live up to 🙈

A pre birthday cake & gift giving in Saskatchewan, a pre birthday at his Aunty Judith’s with a meal, cake and gifts and then decorations, gifts and treats, after a morning spent with Oma and Opa on the actual day OF his birthday 😅

Special or just spoiled? You decide 😉💗

7 thoughts on “The Finale Of ‘The First Birthday’”