Afterwords, Mike went to the barber, Tim, our nephew going with for some guy time 😎 They returned with churros 🤪

During their time away, Lake was entertained by aunty and uncle, and I got to relax.

Writing and being served coffee 😉

Judith and I went for a 6 km walk, knowing the rest of our day probably wouldn’t hold much movement, as we were headed to a garden party 🤓 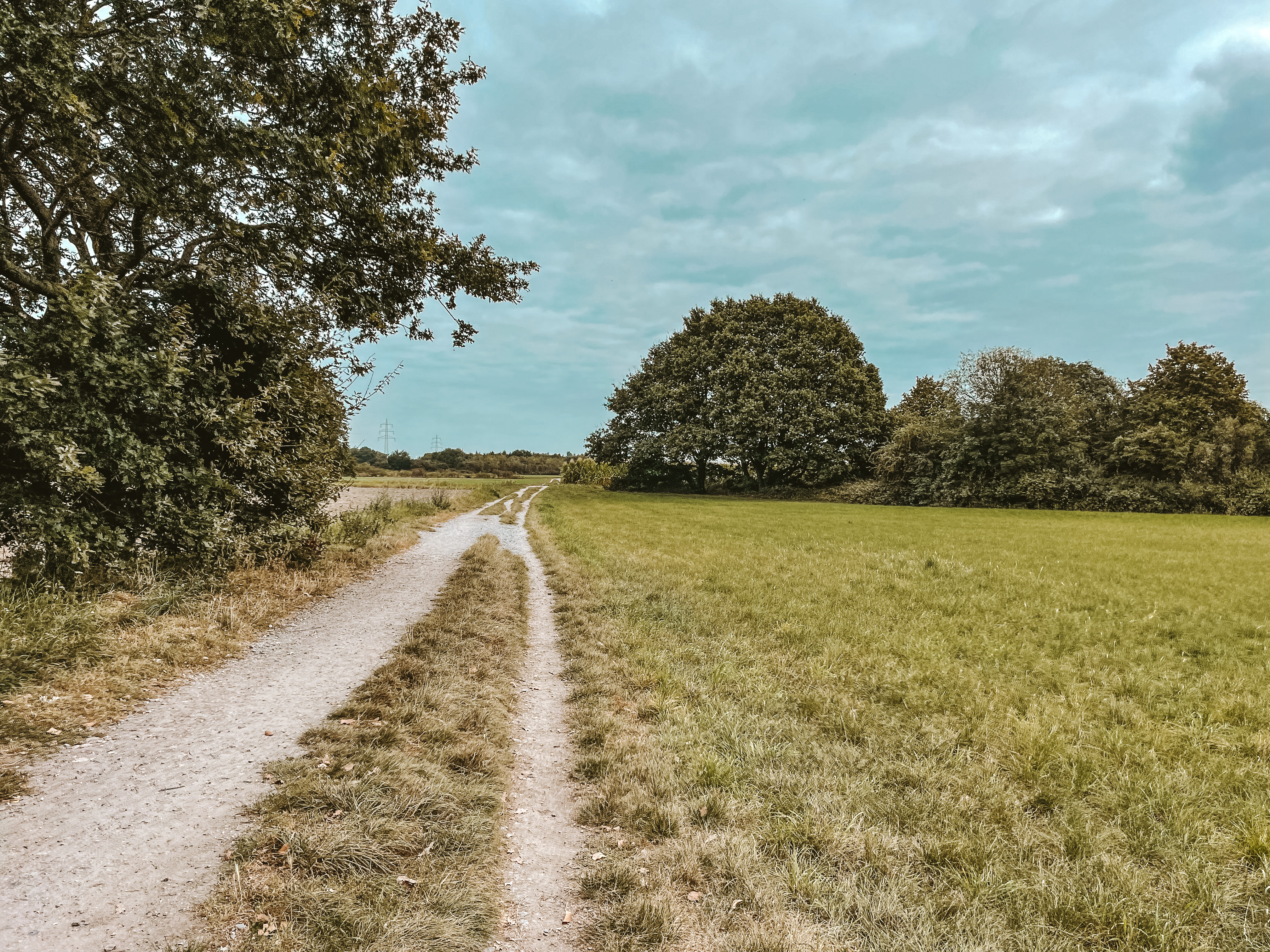 Lake had been fading in the health category for a couple of days, but it was really showing up this day.

Snuggling with us after his nap instead of jumping up and wanting to be taken out of the room to play, and then slowly becoming more and more clingy as the day went on.
By the time we got to the garden party, he only wanted to be held and didn’t want to play, or eat anything aside from watermelon. All out of the ordinary for him 🤪

We partook of all the food items available, enjoying the variety of goodies 😉 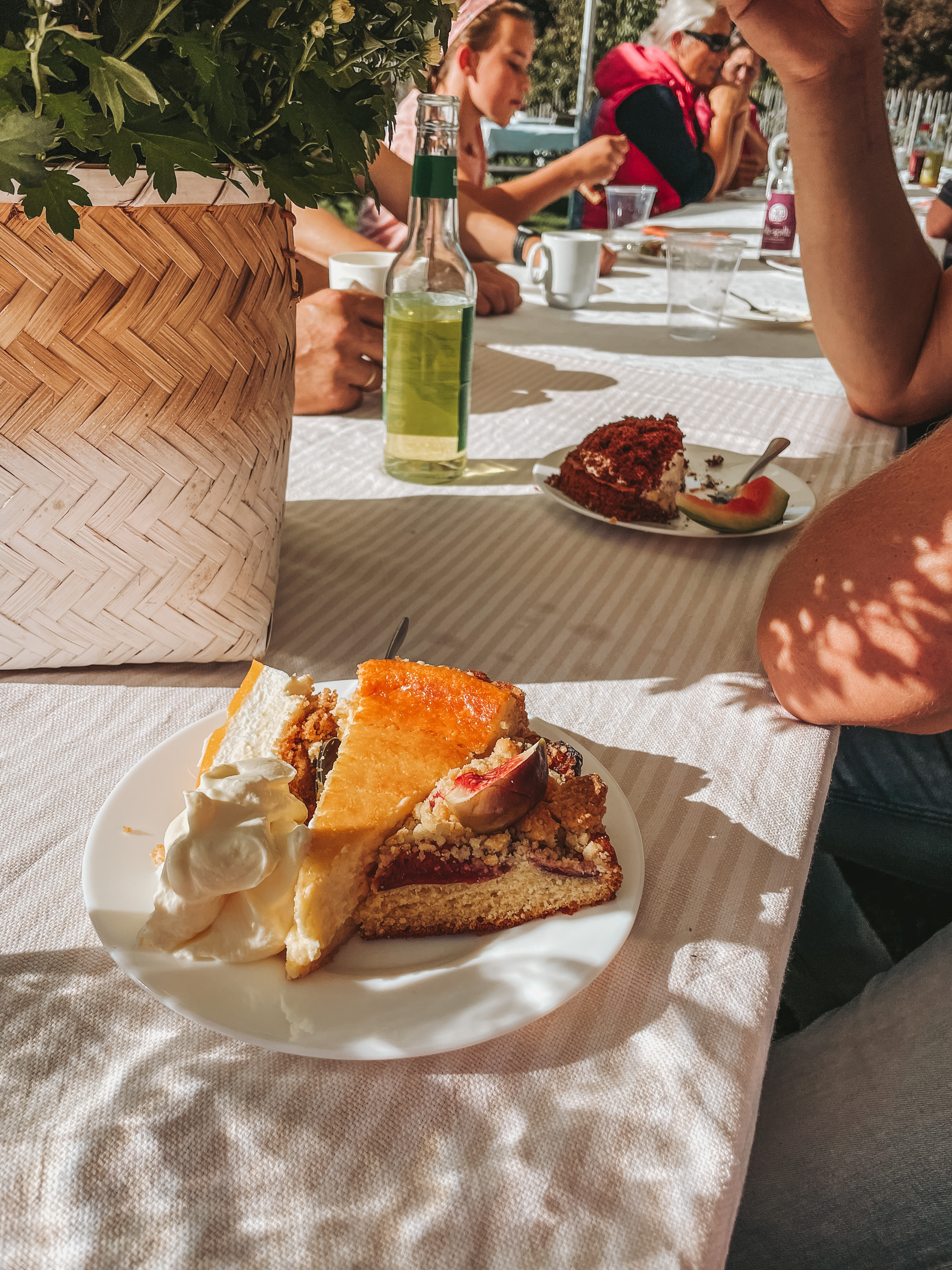 We eventually took Lake for a walk in the covered wagon supplied by our hosts, to try to get him to sleep. It worked… for a few minutes.

He then just lounged in it, as he was gazed up and wheeled around…

Dinner was served, and we happily indulged in that as well, of course, as we’re no strangers to accepting food 😉 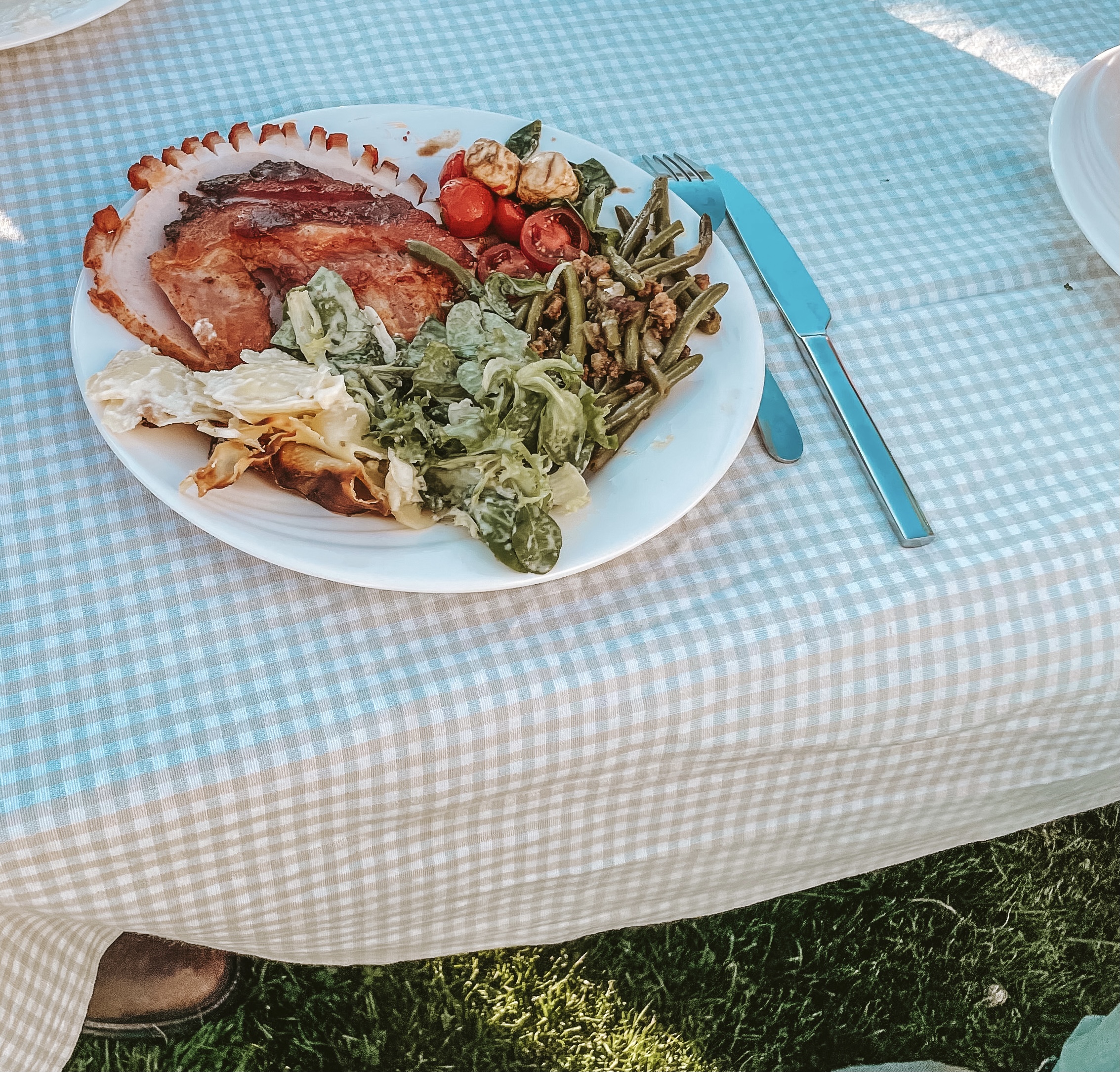 After that, we took Lake inside where it was a cooler and less strenuous for our arms, as we could sit on a big comfy couch with him.  Mike went back out to mingle after Lake settled a bit, and I stayed until he fell asleep… and then I actually fell asleep for 20 minutes too 😅 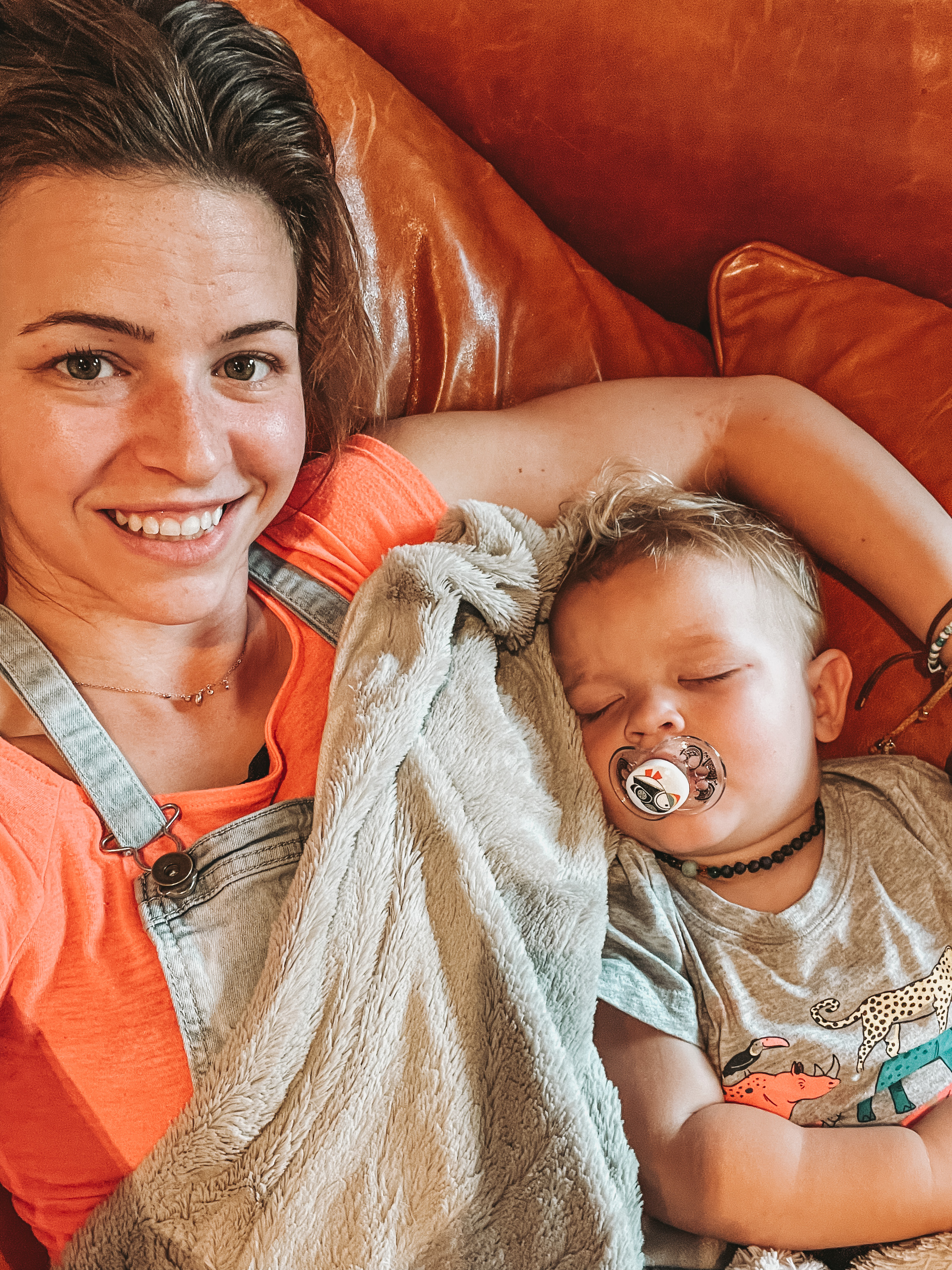 I felt bad once I awoke, as they’d put a note in the doorway to be quiet because there was a baby sleeping…but it wasn’t just a baby 🙈

The guys went to play a game of soccer late that evening, after the party ended. So Lake and I were taken home to go to bed.
He threw up before bed, and the poor little guy was very warm and having a hard time getting comfortable.
Making for a pretty restless night, with many wakings due to his cough and phlegm, causing many paci losses and hasty replacements 🤪😞

It was a little disappointing that the day Lake had his first real bought of ‘cuddle inducing, don’t put me down, and comfort me’ sickness happened during a day that held beautiful weather and multiple people I know a bit better than some, and could have really visited with, but that’s life 😉