We got ready and drowsily headed out to the tea and coffee area. 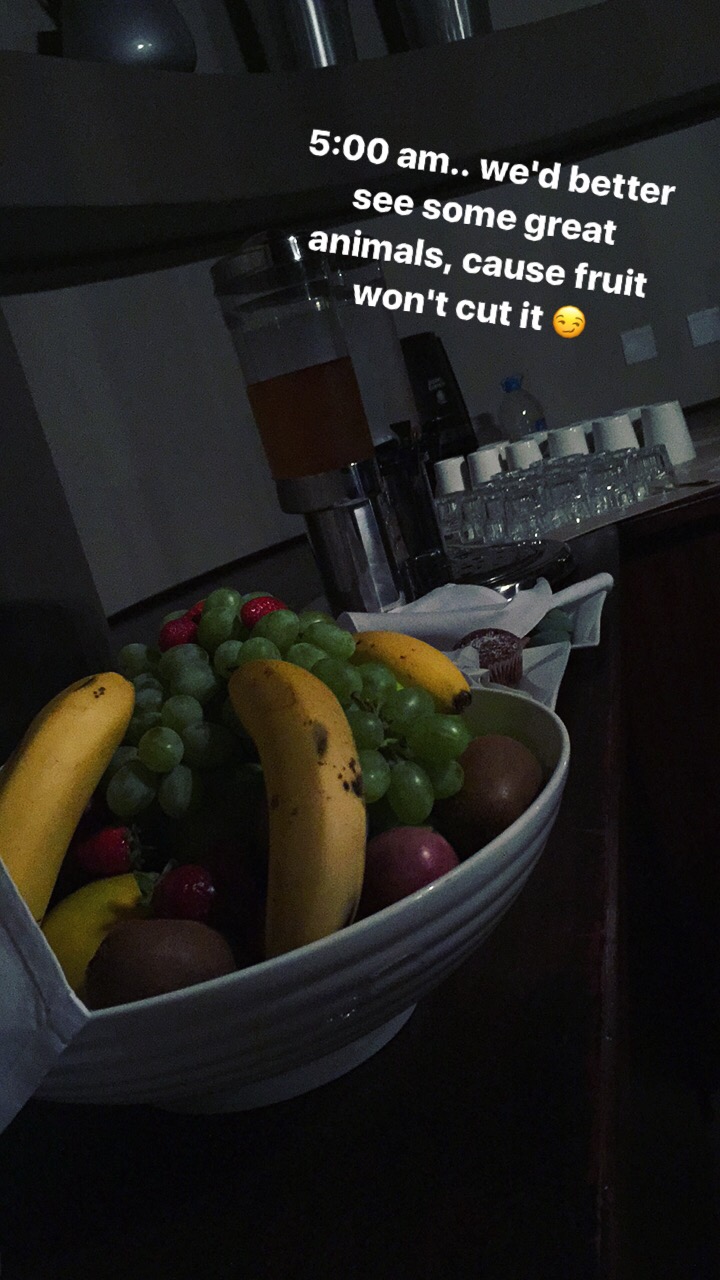 We were the first ones there and we clumsily poured some coffee and munched on a peanut butter cookie or two while waiting for the others to crawl out.

Our guide joined us to say good morning and that he was ready when we were, so we quickly finished up our drinks and loaded into the jeep.
He’d warned us to dress warmly because mornings were usually pretty brisk but it wasn’t too bad at all with the blankets around our shoulders and we forgot about the cold once a lion was glimpsed on the road and then another further on and once the sun was up 😏👌🏻

Photo creds to our guide👌🏻

The second (pictured above) was a bit of a younger male and he cared less about us being by him, calmly walking down the road.

He walked long enough that we decided to move on and try seeing other things.
Like a leopard that had been reported!

On our way to see the leopard, four hippos were seen bathing in a dam.

A baby tried to get up on its mother back and the group actually swam closer to us, grunting in slight annoyance.

We then drove as quickly as possible to reach the area the leopard was, all in anticipation of seeing one of the harder to spot, ‘big five’.
With roughly 1 to see in every 9,000 hectors, you may better understand our excitement 😉
We got to the red rocks where the leopard had been seen sunbathing and after squinting greatly and having some direction of where to look, it was seen. END_OF_DOCUMENT_TOKEN_TO_BE_REPLACED

Early morning the birds are pretty fun to watch over atop the other apartment building.

I started my morning from the guest/nap room, taking my coffee to the comfy little corner and reading a little before starting the day 😊☕️📚

I read an article in a magazine from my mom and found this piece interesting.
It rings true even if you aren’t a christian, how having an attitude of thankfulness can change how you look at your day/life.
Doesn’t mean I do it enough though 😔
Just something to try to keep in mind more often😊💕

Mike was at the office so it was my first day, in my own place, all alone 😁