Oma Inge took Lake for a bike ride, so that I could have a child free morning to get myself and our things together, as we were once again bound for Germany for the weekend. 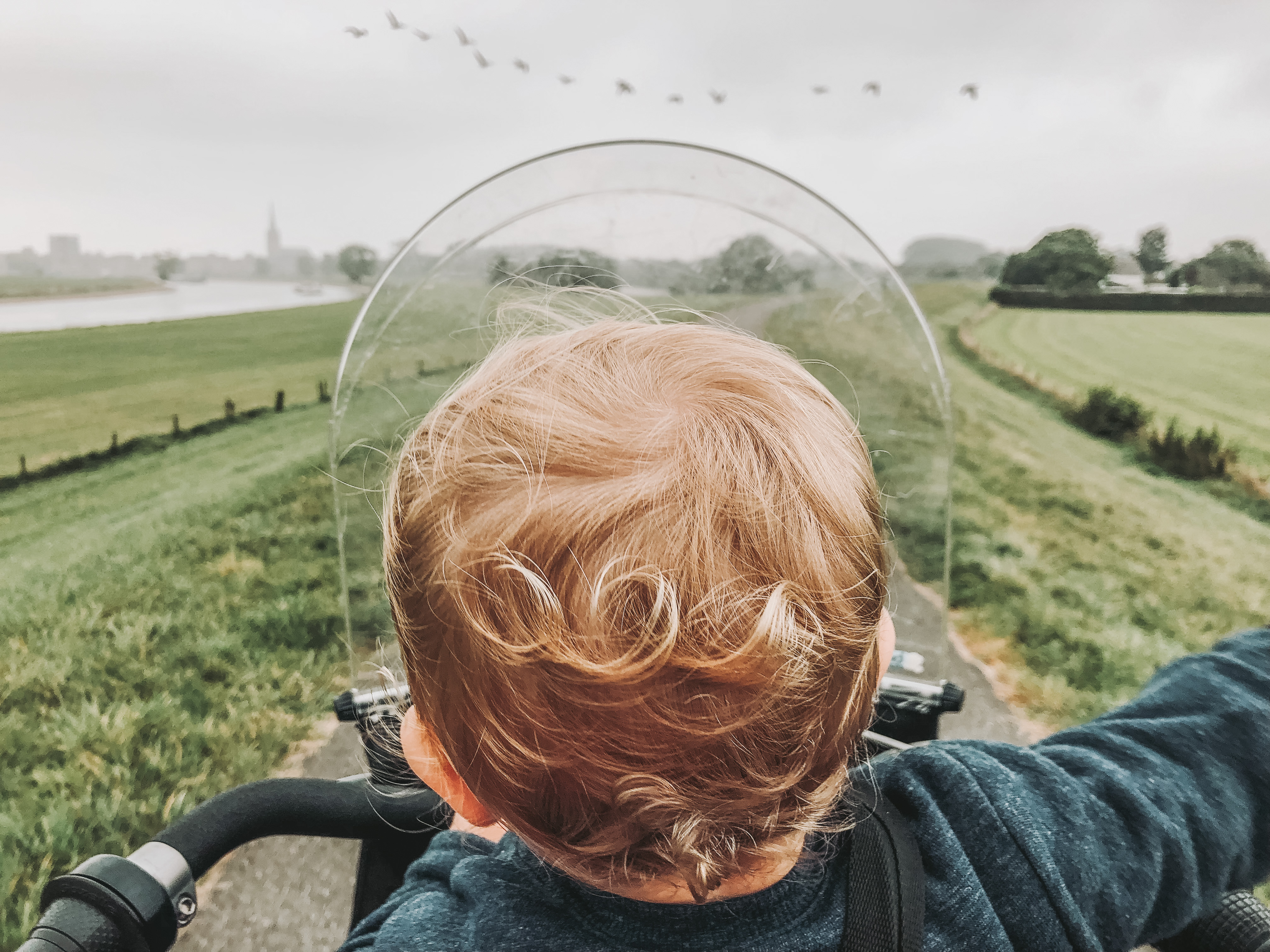 Before heading there though, we were stopping in at a cousin’s home.

And before getting to the cousin’s home, we stopped at one of the few Starbucks scattered across The Netherlands. 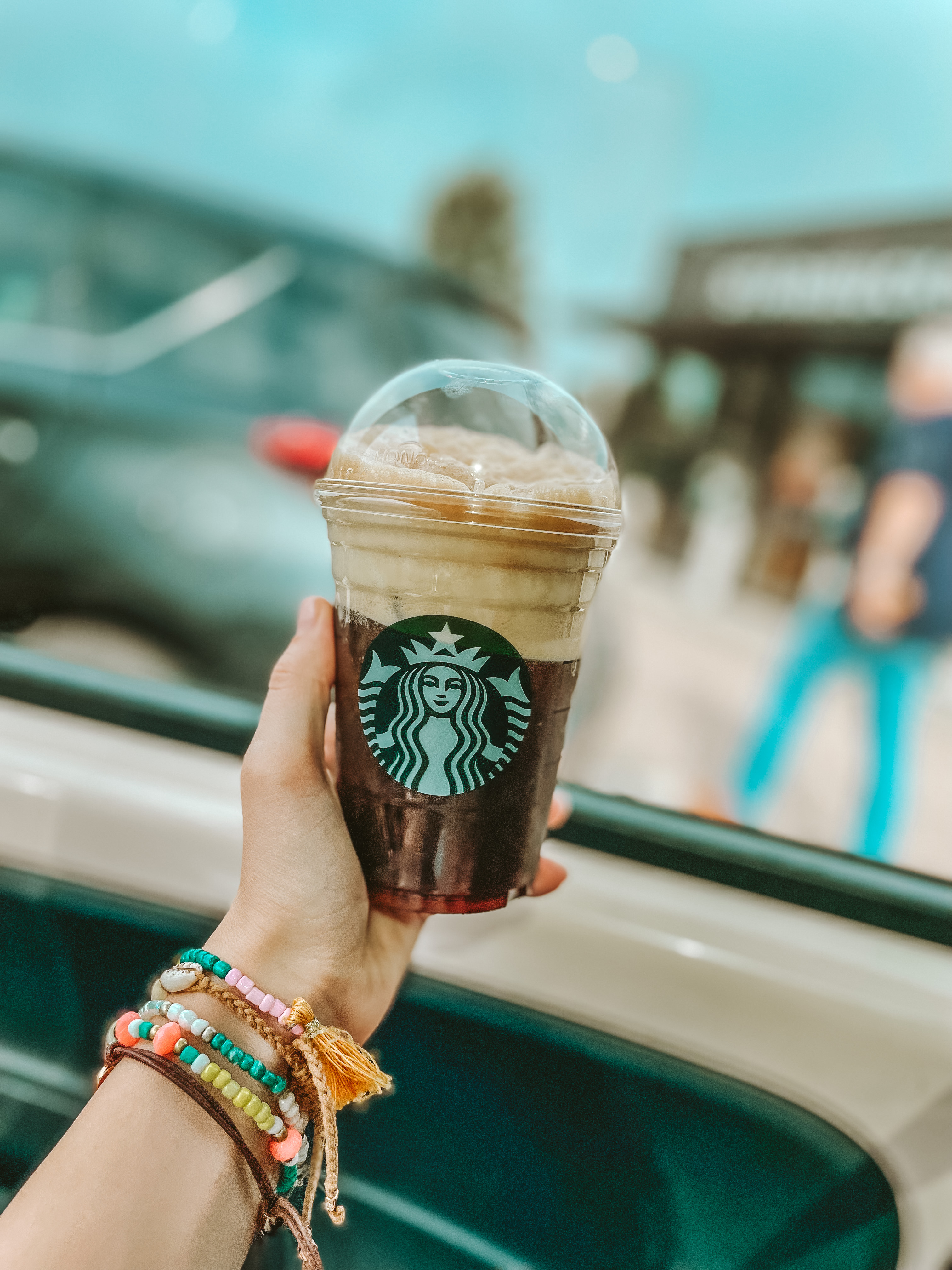 I was so looking forward to a coffee like I’d have at home annnnd they messed it up because I forgot they don’t do cream here 🙄 It’s milk or nothing, so instead they tried a cloud foam on top, and it just turned out to be a very strong, mostly black iced coffee, which had a weird flavour once the foam settled. Needless to say, it was disappointing 🙈

Being served traditional and delicious Norwegian waffles made by our cousins Norwegian wife, lifted my spirits 🤪  (yes it is probably somewhat obvious that she’d be Norwegian, but just in case there was a question as to why the waffles would be ‘authentic’ I thought I’d clarify 😜 ). 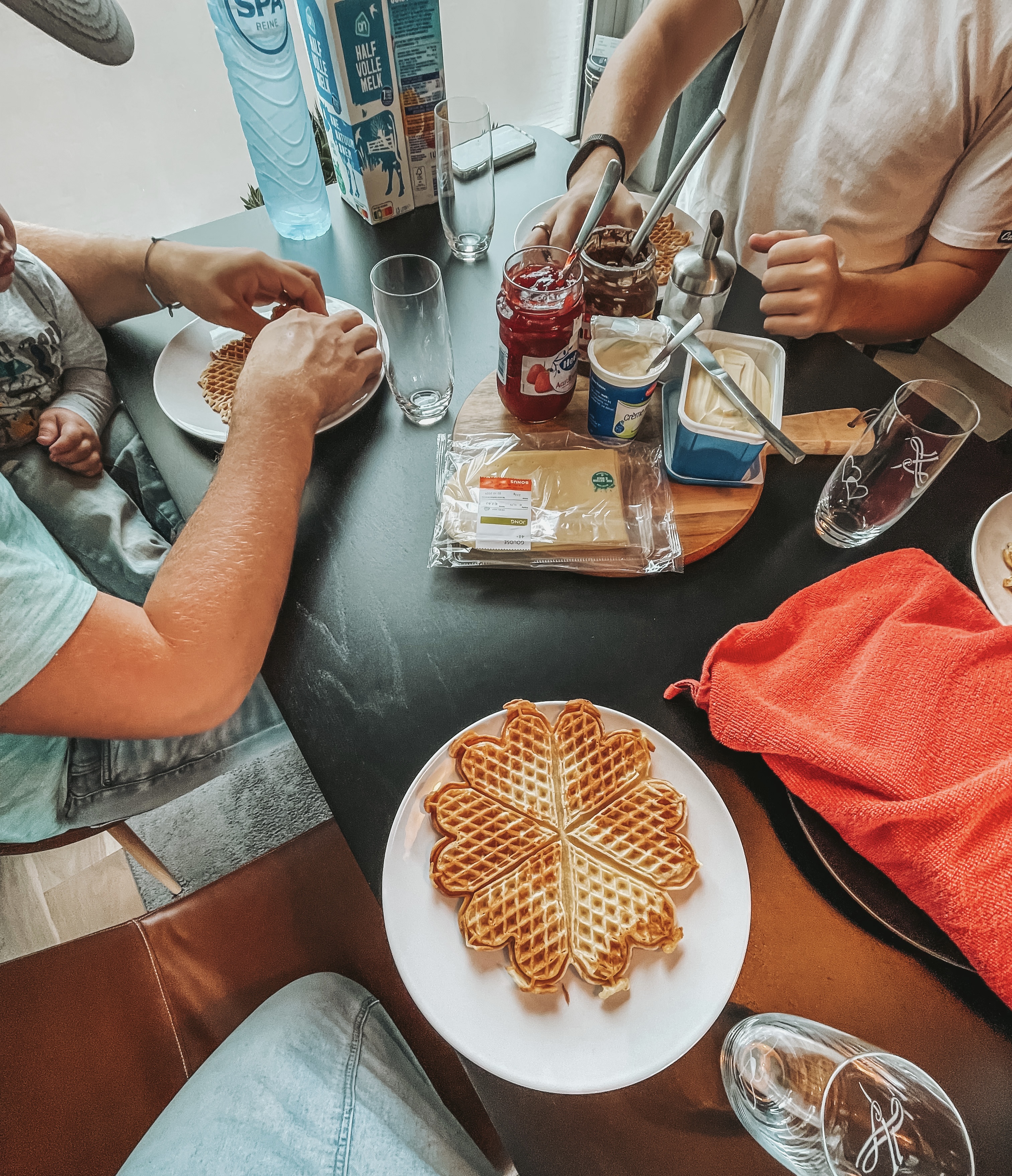 After we’d eaten, we headed to go bowling.

We had fun being kids though and truly enjoyed our afternoon together ☺️
Even though all of the noise, dim and or flashing lights, really made us feel a little old, once we excited out into the now, seemingly ‘serene’ out of doors 🤪 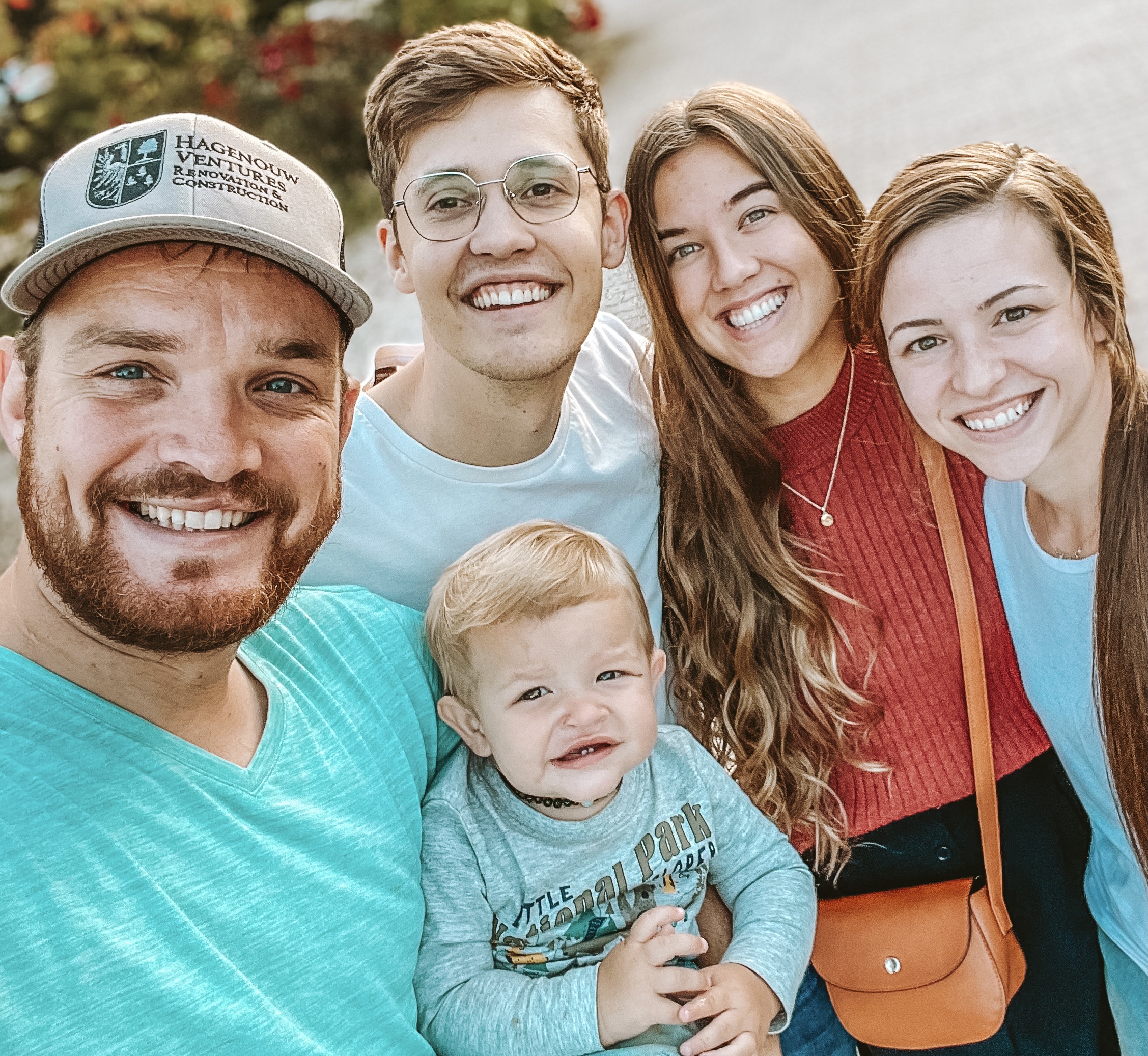 Sadly, Lake had begun to feel a little under the weather the day before and thus, he was pretty subdued for all the above activities, and this is how he sadly looked during the remaining drive to Aunties. 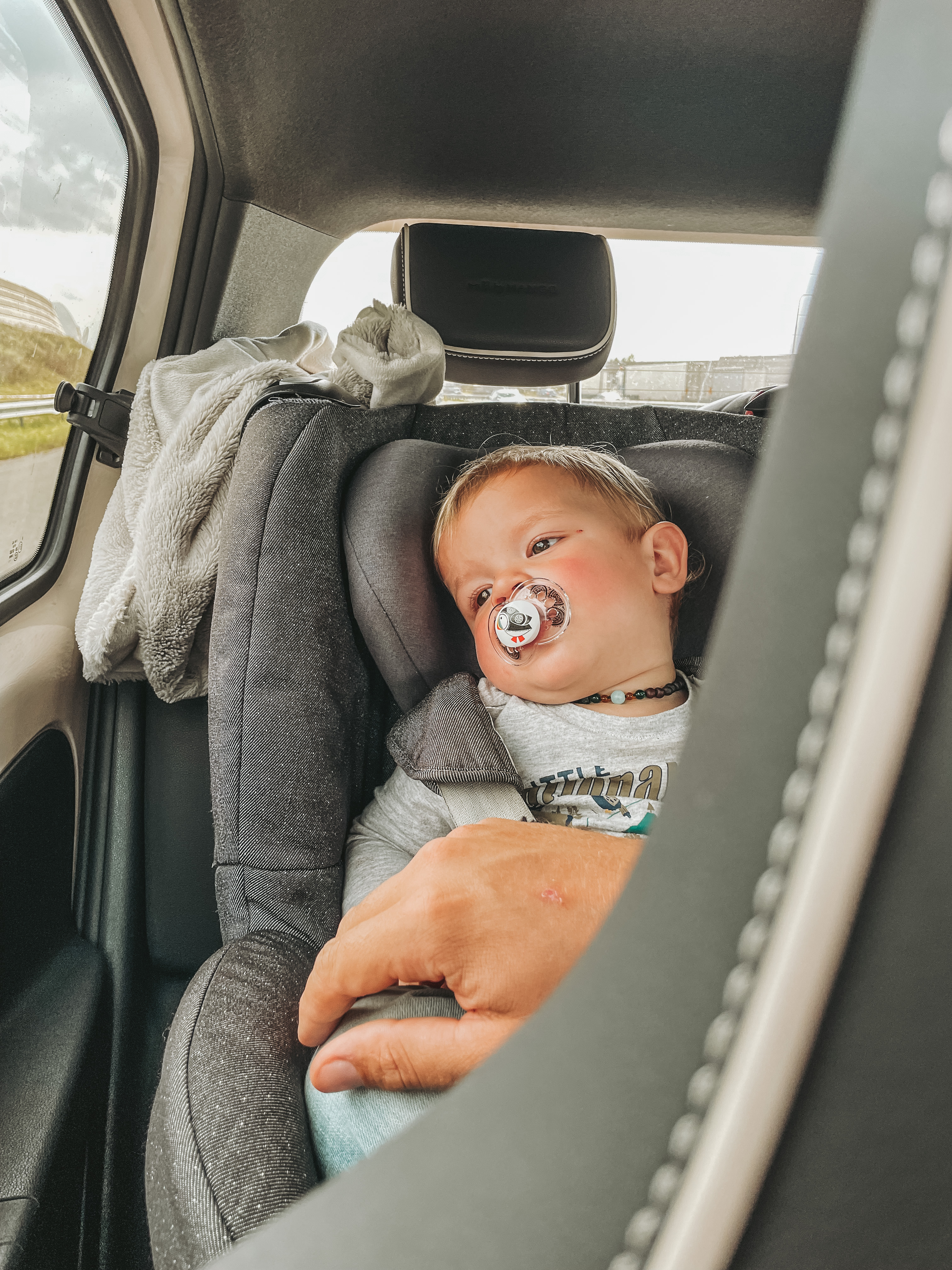 Judith’s was gotten to nearer bedtime than not, so once the kids had gotten in their hellos, it was also time for them to say goodnight, and we adults followed not long after. 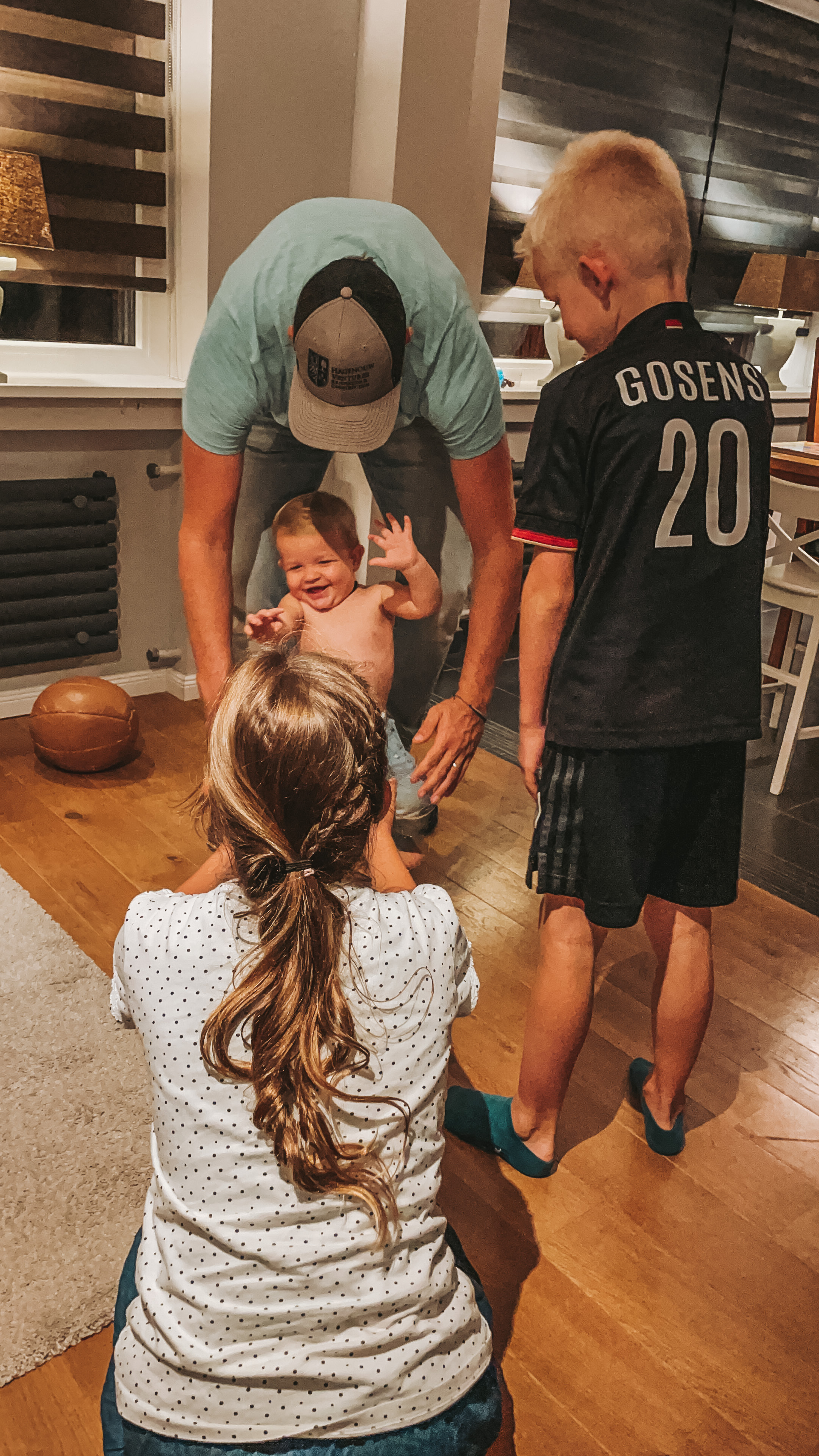 4 thoughts on “Young At Heart…If Not In Our Senses”