Our last morning in Johannesburg.

We packed up all of our things, including the freshly washed and ironed clothing that our hosts did that morning, before enjoying one last breakfast together, served in the open patio area.

The selection and abundance of florals that we rarely see or pay a fortune for it we do, was impressive and it wasn’t even a large store 🙈

We said our goodbyes at the airport (slightly feeling as if we had only just said hello) and settled into typical airport procedures leading up to our two and a half ish hour flight to Cape Town. We rented a car there and began the one hour drive to our Airbnb booking in Simonstown.

Mike was a tad unsettled to be driving left side of the road, right side of the car and stick, after not having done any of the three in so long… and then to begin in a rental car that they terrify you about with all the legalities and possible fines you could be charged for should the any unfortunate occasion arise 😬
Let’s just say I’m glad it was him and not me even though I did feel slightly bad and he ended up doing just fine, besides a few stressful (for him) wrong turns at the start 😉

Besides that we made it to our place without incident, a fact we were very thankful for ☺️👍🏻

We entered via a large door, passkey and stairs, before reaching our ‘bottom’ level apartment.
Being on the bottom level does not hinder the view though, as it is the highest house on this side of the peninsula 🤩👌🏻

Taking a few hairpin turns gets you down to the town quickly though so it doesn’t feel like it’s placed fare away at all.

We took it all in for a little while before heading back out to town to get dinner and some groceries.

Dinner was at Dixie’s and we ended up getting two starts and a pizza.
Michiel having his typical calamari and I ordered a deep-fried camembert cheese that was served with, wait for it, a cranberry jam, slice of lemon, tomatoes and whipped cream 🙈
Perhaps I’m less cultured then you all but I did not know how to eat that assortment in the correct order or combination 🤪
So I tried a bite of cheese with each thing alone and then combined and it’s maybe weird to say… but Brie like fried cheese with jam, lemon and whipped cream… isn’t bad 💁🏻‍♀️

We shared the pizza and it did the trick, not overly delicious but neither was it bad.

We then found a grocery store to buy some things to have at the house.
Cream, butter for the sugar bread Mike had got during our momentary delay in Holland 😂, milk tart for $2.50 and a few other odds and ends.

The sun sets fairly early here as it is going into their winter, so by 6:30 the sun is well on its way to set… making bedtime seem like it should be much earlier.

Which in return results in a little bit of a messed up sleep, for us anyways 🤪

Due to an early night, I had an early morning too.
I attempted to make a French press coffee, (which they call ‘filter coffee’ here) which turned out to be a little weak but better than nothing and the pretty view and surroundings made up for any missing flavour 😉 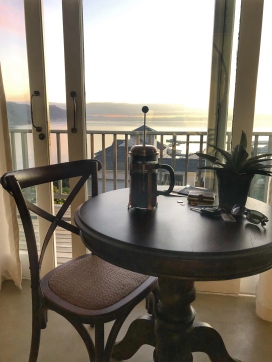 I sat and watched the sunrise, drank coffee and then worked on putting up a post, before having to get ready for the surprise massage Michiel had booked for me later that morning ☺️💕 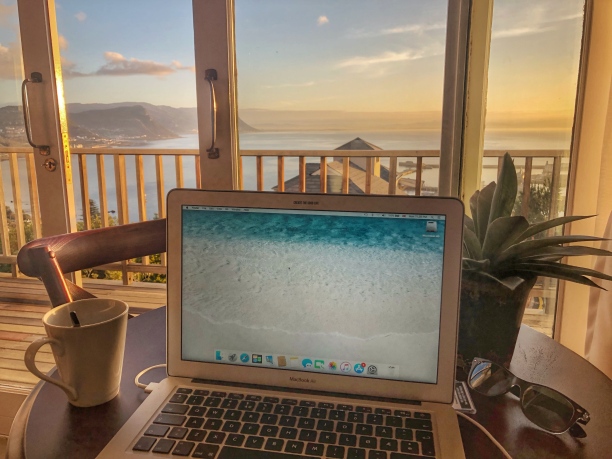 Tranquility Health & Beauty was easily found and Suzanne was very friendly and welcoming ☺️
When I lay down and opened my eyes, It was happily surprising to see a little sea shell and rock decoration arranged on the floor below 😄💕👌🏻

I enjoyed a solid hour of deep tissue massage and then Mike picked me up and I yawned for the next half hour, trying to re-wake up 😋

We contemplated going to boulders beach to see the penguins but it was pretty busy so we decided to do it another day.

So we parked and walked along the water front for a few minutes before settling in for lunch at The Salty Sea Dog, which had been recommended to us. We shared hake and chips and since we weren’t overly hungry, it was plenty for the both of us.
The fact that the fish had some bones wasn’t the most pleasant but the light, crispy batter and tasty tartar sauce made up for that 🙂🍴🍟🐟 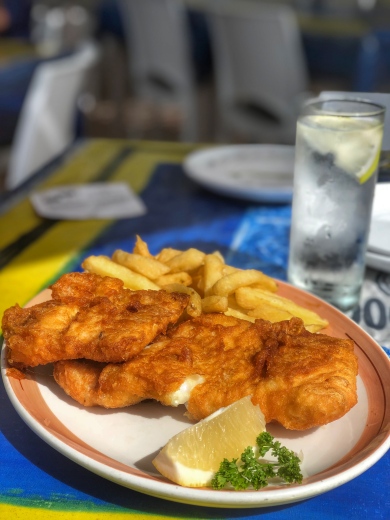 We walked around the town a little while more, peeking into shops and getting a chai latte at ‘Monocle and Mermaid’.
It was nice but I have a hard time enjoying hot drinks out here, as they don’t really have any flavoured hot coffees and the only ‘regular’ coffee similar to what we’d have is the Americano, which I still don’t enjoy much and latte’s lack the key ingredient I desire, coffee. That’s my own preference though, no fault of theirs 🤪

A nap was in order so we returned to our house, laid some towels out on the balcony and slept there awhile, warming toastily when the sun was out and waking from the chill when the cloud cover swept in with a breeze 🙈 (Though the scenery is wonderful and the weather nicer than not, it IS the fall season now, so our day was only max +17 with cloud and breeze…the same temperature my family who is currently in Ontario, was experiencing 🤪) 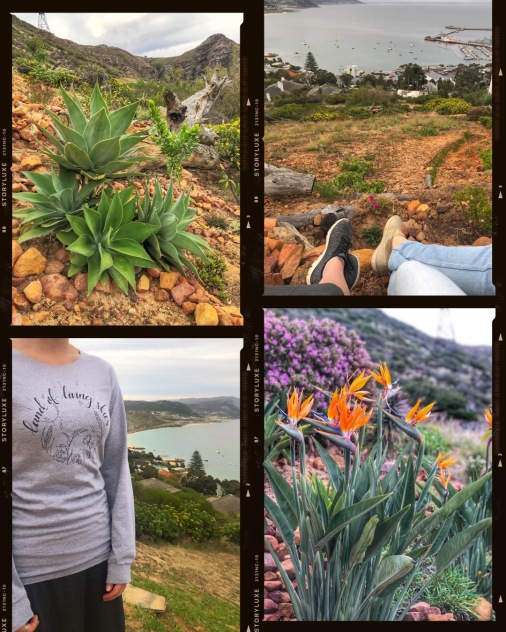 We met the owners of the house on our way back down and we chatted awhile, Mike finding out he had something in common with them, as they had lived in Norway near where he had also lived previously…

He can almost always find a uniting factor when talking with strangers. Be it where they live/lived, what language they speak, what work they’ve done etc.

I’m not one to really enjoy a steak to it’s full potential, I’ll eat it but it’s not what I’d ever say, crave.
But, I did recall thoroughly enjoying the bite of Mikes steak, the last time we’d been in SA, so I ordered a 7 oz fillet with peppercorn sauce, as did Mike.

It was SO good… the texture making chewing a joy rather than a job, the sauce was a delicious cream like one with a touch of pepper joining in.
The potato’s being seasoned perfectly, having that crunchy pop of potato skin with each bite that makes eating baby potatoes so pleasant and the veggies along side being perfect boats for the access sauce 😉

We should have ordered one more to share but for some reason we didn’t… the laws of typical society of not ordering a third steak for dessert, affecting our reasoning I suppose 🤪

Oh, I forgot to mention how much a steak like that costs there… Try $10 Canadian per steak due to the 50 % off promotion 🤭

We ate some milk tart for dessert at our place, instead of a third steak 😉 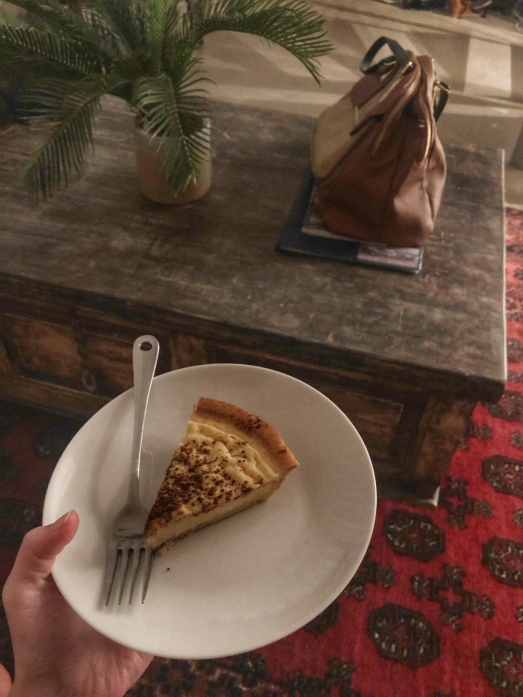 One thought on “Luxuriating”