By the time morning coffee was had, social media outlets checked, the apartment cleaned and laundry done, more of the day was gone then I care to admit.

But as usual, the fresh feeling post vacuum/mop/dust, was splendid 😁

I rewarded myself with an iced coffee ☕️

I’ve tried more elaborate iced coffee recipes and though good, this simple and fast method sure does the trick.
Stir in your desired amount of sweetened condensed milk and = enjoy 😏👌🏻

We had purchased barley while we were in France and I was looking forward to eating it, prepared in a tomato beef barley soup I concocted that day. 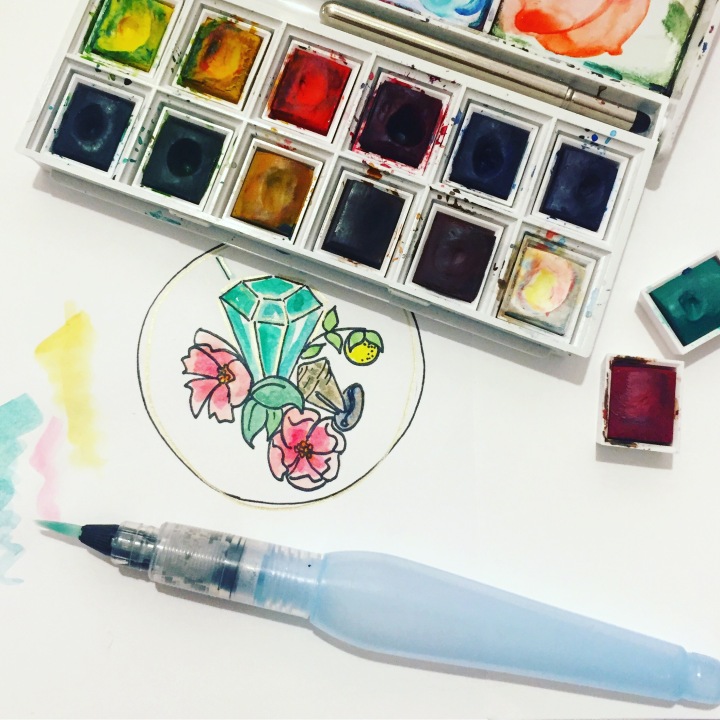 So many ideas in my head, so little cooperation in my hands 😬

Mike and I had a very restless night.
My legs were aching and his rib was still sore from the soccer mishap and we had no medication in the house, so it turned into me scrolling the internet pointlessly and him moving to the couch to sleep in a more upright position.
Both of us finally succumbing to sleep in the early hours of the morning.

Mike handed over a brightly wrapped gift and a heart shaped box of praline chocolates, even though I had told him (and truly meant) not to get me anything else because I’d gotten those super soft pj’s a few days back 😁 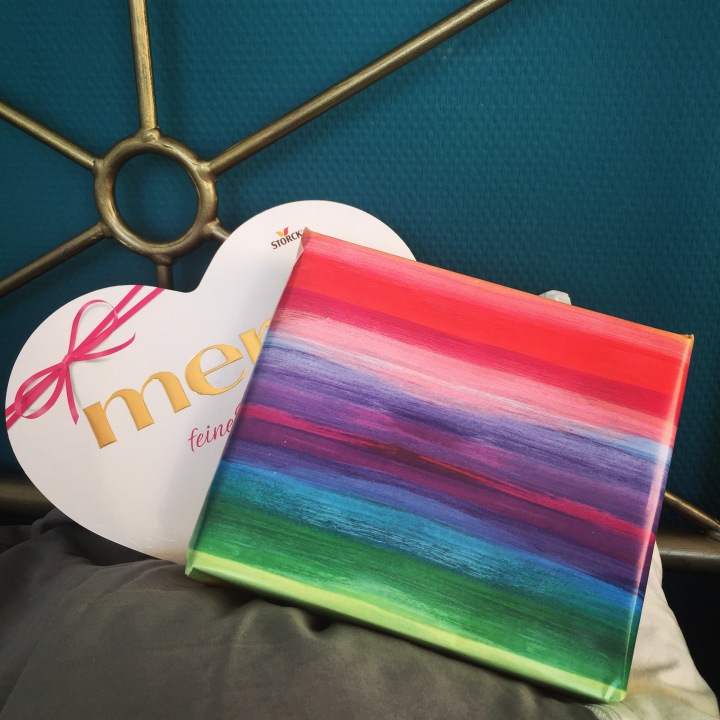 The chocolates were tasty and the gift unwrapped to reveal little golden forks and spoons to match our gold cutlery set.

While he showered, I used the time to write up some notes to go with his Valentine’s Day gifts, his favourite ripple chips from Canada and mini daim chocolates (much like skor chocolate bars) to accompany him in the car during all the times I sleep😜

Besides his gifts, the littlest package ever was wrapped up and readied to be sent out and then we headed to town.

The second-hand store was pursued in search of treasures, now that we know we are moving we want some special finds to take with us.

A tin with an image of Doesburg was found and purchased since it was so fitting for Mike, since that’s the town he grew up in 😊

Mike had a doctor’s appointment for his rib, which was only becoming more and more painful. The doctor checked and confirmed that it was indeed only a bruise, albeit a very bad one that would take weeks to heal up fully.

Once he was done there we popped over to the grocery store and found a steal of a deal on a light box ?!

13 euros for an adorable decor item 😊

Back at the apartment I had blogging to complete, Mike heated us up some leftover calzone and then a nap was taken care of 😴