No rushed morning of getting ready, packing up and signing out of a hotel, it was a grand trip but it’s also much nicer to enjoy a morning in ‘kind of’ your own room.

Mike had work and unloading the car duty, I had Jemstory to start catching up on as well as unpacking. 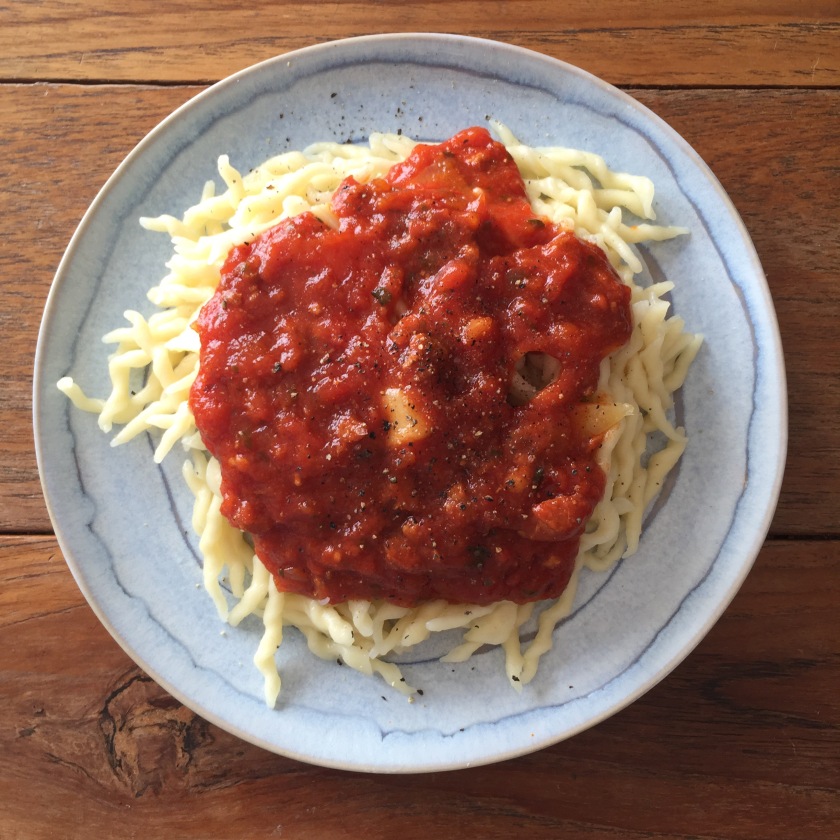 Lunch was some quickly prepared and eaten fresh pasta we had brought back with us from Italy and then into Arnhem we went to take Savannah shopping.

We walked around town and each found a few things, but the best part of the day was probably introducing her to the fresh Stroopwafels sold in town and then ice cream with ‘speckles’ (sprinkles) later on.

Snacks were also introduced but slightly less happily received, which I fully understand 😉 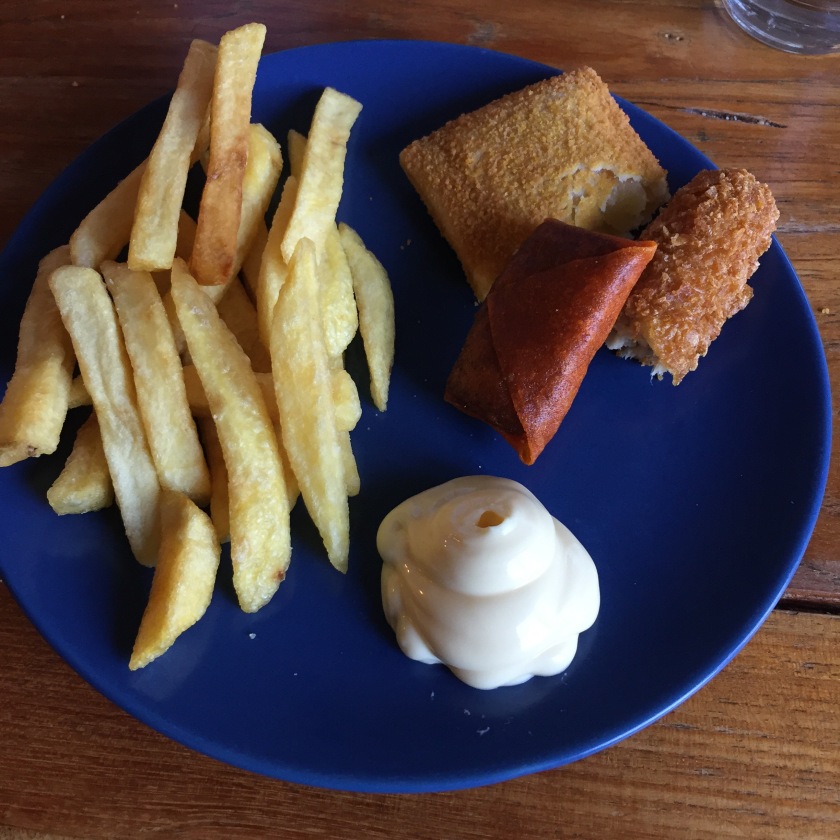 Once snacks had been tried and eaten we three headed to Sarah’s house to join Inge and Dorothy who were already visiting there.

Our visit was spent outside, enjoying the weather, as well as the food and refreshments always available at Sarah’s😉

Mike had soccer to go play and then that evening he, Savannah and I sat downstairs and watched ‘The Jungle Book’ 🐻🐺🐯👶🏽🌴
Mike only jumped once 😉

Somehow popcorn tastes better when two people are eating it, Mike never eats it with me cause he dislikes it so Savannah and I got to enjoy some 😏

Mike didn’t get a long break from driving as he had to go to Amsterdam come Wednesday already.
Since he was headed that way Inge, Dorothy and Savannah tagged along with him and got dropped off in Hoorn to explore.

I got to stay at the house and enjoy a relaxing, quite day without any driving involved and I spent it catching up on writing and laundry, calling my mother and cleaning the kitchen/preparing supper for everyone.

Not sure where my cookbook is at the moment so a different recipe was searched out and tried for making Italian cheese bread (the recipe I usually use was better 😁).

The fresh gnocchi and trofie pasta brought back from Italy made making dinner easy and it was the main dish, accompanied with tomato pasta sauce, chicken, lemon cucumbers and the earlier made bread. 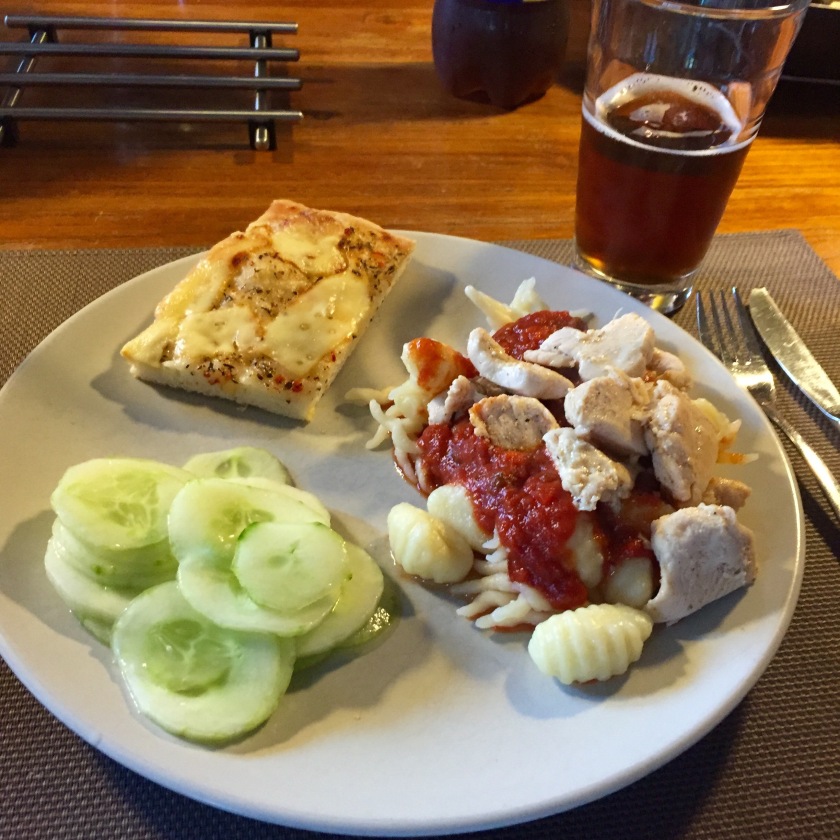 It was bible study that evening so we all headed over to join Sarah, Erwin and the grandparents in some reading, listening and learning.

Once bible study ended we all headed outside to the cool of the outdoors to visit a bit.
The adults left sooner than Mike, Savannah and I, who stayed chatting a little longer.
(I say the adults left earlier but then it struck me that technically I am also an adult?
Freaky 😜)

Once we did leave, Mike and Savannah had a hankering for disco dipped ice cream 😏
And even though it was 11:30 pm, Mike managed to find a snack bar that was open, in the town of Velp (where our apartment is) and they got their ice creams.
I didn’t think I wanted one, until I seen theirs 😳
I know by now your probably sick of hearing about this dumb little, sprinkle covered ice cream and kind of thinking I really need more of a life and I’ll try to stop mentioning it so much, but these were the most sprinkle dipped ice creams I have ever seen.
I thought the others had been good but no, not compared to the double thick layer covering this soft vanilla ice cream in waffle cones.
Mike said the guy double rolled them AND let them sit in the sprinkles for a few seconds while preparing the next cone.
They were kind of amazing as far as dipped ice cream goes.
The place isn’t even a minutes drive away from where we will soon live … 🙈