I hadn’t went into ‘Tout Patisserie’ the day before, but Mom and Mike thought of me and purchased a pretty, lemon meringue tart 🍋💕

Mom and I shared it for breakfast and my only regret was that I hadn’t tried one from there, sooner 👌🏻
A very lemony (though real lemon flavour, not fakey) creamy filling was inside of a slightly sweet crumb like crust, topped with charred meringue 😍

My #AlphaGetToKnowMe writing/illustrations were getting behind so the rest of my morning was spent trying to write one out.
Taking much more time then I had hoped 🙄

I then began making banana chocolate chip muffins.
Slow but sure the freezer is emptying 😉👌🏻

Mike had been helping out the grandparents that morning but when he returned, we gathered up our things and left for Doesburg to have loempia’s for lunch. 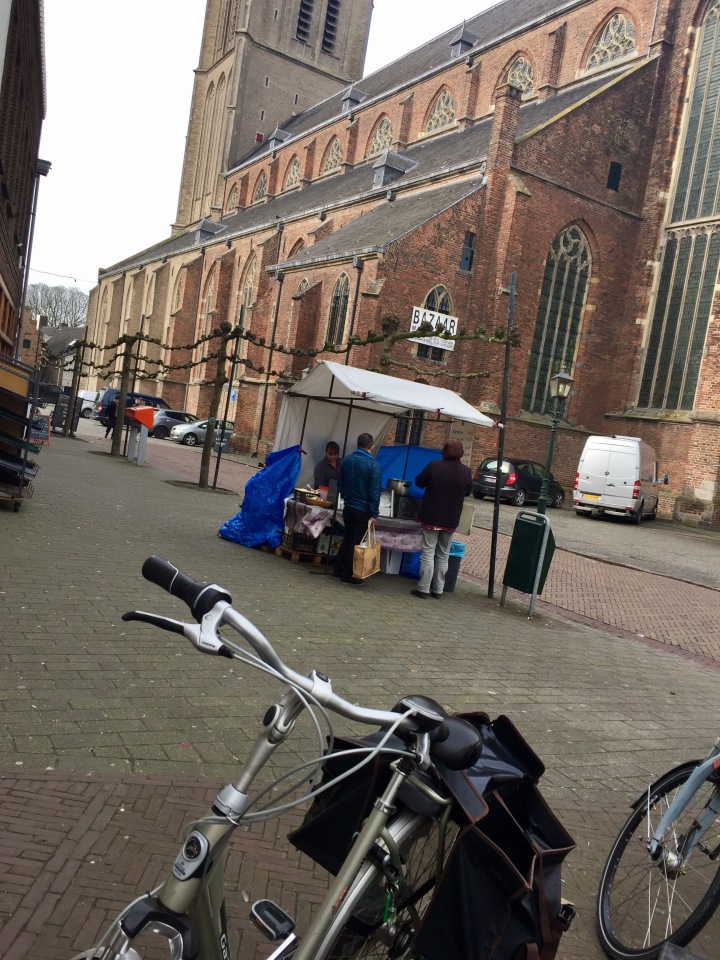 We plan on buying frozen ones before leaving for Canada 😎😜

We wandered around town a bit, stopping in at the art store and a few other shops before dropping Mom off at Inge’s so they could go for a bike ride while Mike and I took care of some apartment paperwork.

After about an hour of me sitting and trying not to seem totally uninterested/fall asleep while Dutch paperwork was read, we headed over to Oma’s and had a quick coffee before bringing down a wooden trunk we will fill with our house stuff and ship to Canada.
Once it was out of the attic and in the daylight, Mike read ‘rocket ammunition, explosive projectiles’ written the side of it.
Hoping Canada lets it in 😋

Mother was retrieved, a quick grocery stop and then I began making supper back at the apartment.

A made up Sun-dried tomato dressing was prepared for our pasta, chicken fried up and garlic bread baked off.

I had too many noodles and too much chicken, so a pot of chicken noodle soup was quickly thrown together to have on hand.

We’d been having a lot of pasta and soup of late… somehow it seems like that’s most of what our pantry/freezer stock includes.
Mike is looking forward to a day when meatier meals return 😜

The banana chocolate chip muffins needed to be finished baking, as one, 6 muffin tray at a time hadn’t allowed me to bake them all that morning.

Once kitchen duties were finally done with, macaroons and coffee were sat down with and blogging worked on until bedtime 💕

I was up early, because the newly awakened spring birds were up too 😏

The sun was a pretty pink coming up and it was probably one of the last morning sunrises I’ll see from the apartment.

We all got ourselves ready for church, sipping coffee, munching on warmed up muffins and fruit Mom had cut up and gathering a few items of ours that Judith would be inheriting 😋

After church, multiple well wishes were sent our way, as it had been announced that we’d be moving soon.
( I missed the announcement due to fixing the translation on the headphones, so I was little confused come the first few fair-wells and best wishes after church 😋)
Mom was able to put some faces to names we often mention and then we went over to Judith’s.

It was delicious, roast duck in a brown gravy/wine sauce with figs, potatoes and a warm beat salad.
Once again, I ate too much and the walk to the chair out on the patio seemed much too far 😉

Lucky for me, the service there was excellent and I didn’t have to get up again, having a blanket and coffee brought right to me 😏☕️

Our other siblings were there as well and the afternoon was spent as one would expect, visiting, coffee drinking, sweet eating and child observing etc. 🙂 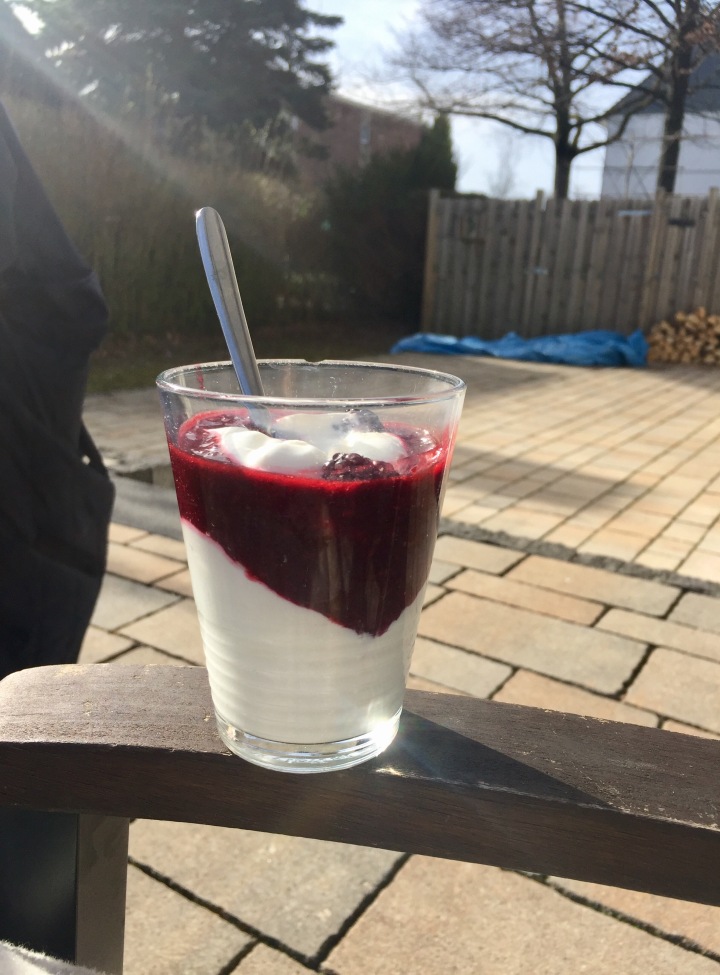 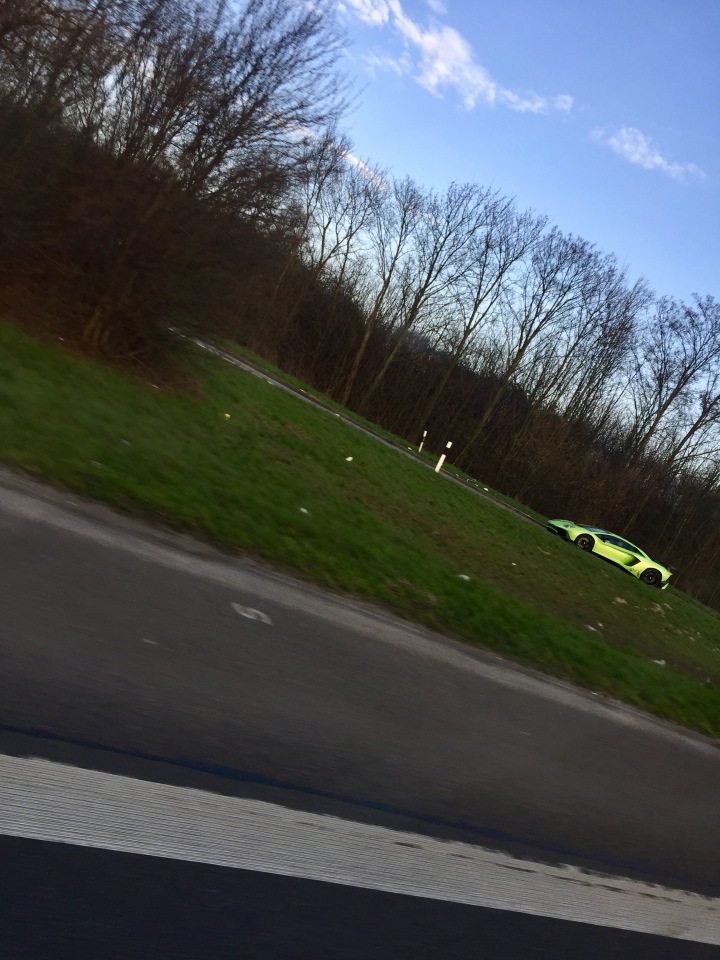 That evening the packing began…
De- assembling the appartement, going through cupboards and drawers.
Throwing out, folding, measuring, weighing and packing.

Mike doing the brunt of the work and me feeling super unsettled by the mess and work of fitting everything into the trunks for Canada, while also trying to pack for our South Africa trip.
Trying to keep in mind the reason behind it all and being thankful for a husband who willingly does it all❤